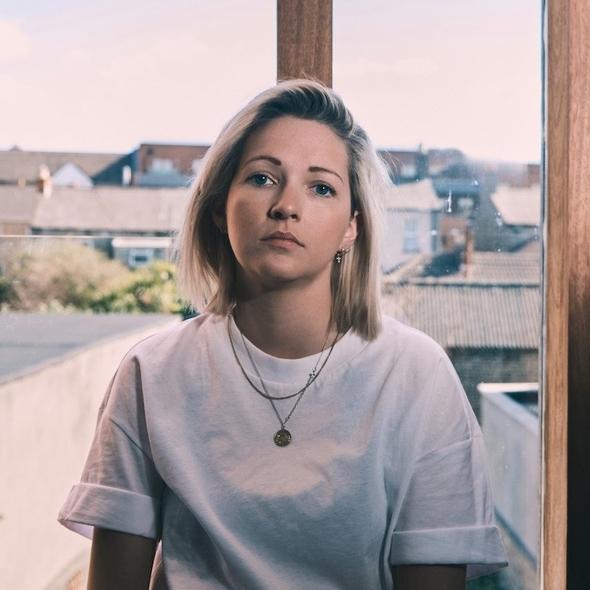 Indie-folk rock that rises from the ashes of broken hearts.

Growing up her native Dublin, Ailbhe Reddy is highly regarded amongst the Irish press. But before that, the indie-folk artist was already making a name for herself in bars and venue throughout the Irish Capital through showcases. It would be hard to find a festival on the island that she has not played either, having been billed on Electric Picnic, Body&Soul, and Hard Working Class Heroes to name but a few.

Late last year, Ailbhe released her own EP ‘Hollowed Out Sea’ and premiered the first single from it, a flaming folk track from the embers of love, ‘Distrust’. Heralded as ‘the best new thing in music’ among other superlatives, Reddy has a haunting voice and impeccable taste for lyrics that would be hard to argue with.

Before all this, ‘Flesh & Blood’ did offer the initial taste of songwriting from the Dubliner in 2015. A demo of another song called ‘Cover Up’ made its way onto national radio advert and kickstarted what has since been a promising opening note on the way to much more success no doubt. Her new EP ‘Attach To Memory’ has also just dropped, a more full sounding effort and a sign of progression – her excellent show at The Great Escape proved that her future was bright.

Indie-folk rock that rises from the ashes of broken hearts.

Features
The Great Escape: the Italian verdict
When you browse on this site, cookies and other technologies collect data to enhance your experience and personalize the content and advertising you see. Visit our Privacy Policy (updated 5/25/18) and Consent Tool to learn more, and make choices about the data used by us and our partners on the site. By clicking "Accept" or by continuing to use the site, you agree to this use of cookies and data.
En savoir plus ou s'opposer