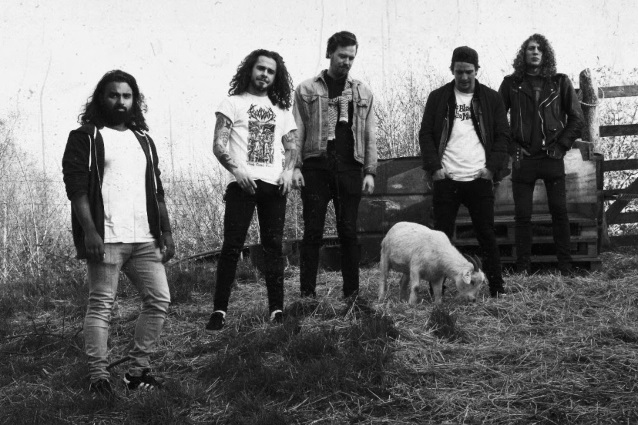 " A fresh take on death and thrash metal "

Scandinavia has long been a hotbed for metal in all its forms – thrash, death, black – but while Norway and Finland are, in many ways, the spiritual homes of such genres, the scene in other northern countries is just as passionate and committed. Take Denmark, for instance, home to the aptly named BAEST. Translated as “beast” or “brute” in Danish, their chosen moniker perfectly captures their ferocious sound and how the quintet bring their own brand of brutal energy to the stage.

Influenced by legendary bands such as Bloodbath, Grave, Entombed, and Dismember, their primary touchstone is the Boss HM-2 guitar pedal, renowned for its savage tone. As such, BAEST are something of a throwback, old-school metal combined with a unique creative edge – hard hitting thrash guitars, buzzsaw tones, and growling, malevolent lyrics. Live, they’re a charismatic tour de force, lauded for their windmill head banging skills and natural stage presence – their pre-Covid shows saw them win over fans all across Europe.

And with touring becoming viable again, the band have plans to hit the road – and hard. New album ‘Necro Sapiens’ – self-described as an “attempt to sink the world further into decay” – is due any week now, and will see the band play across Russia, mainland Europe, and the UK from February to August. With new songs such as ‘Meathook Massacre’ and the record’s title track, BAEST are honouring the forefathers they revere so much while creating something fresh that’s full of their own personality – and that has timeless appeal.