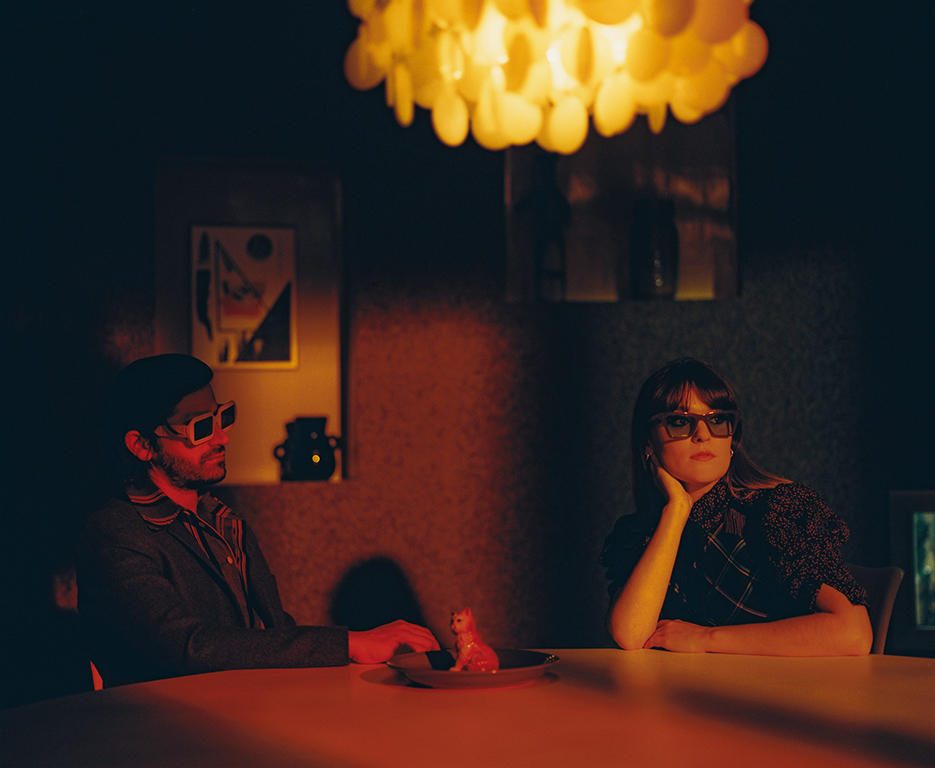 " A sensual French couple with heavy guitars and stoner rhythms "

In March 2021, Bandit Bandit released their cover of Serge Gainsbourg’s ‘Bonnie and Clyde’. Their choice says a lot about who they are: a couple, Maëva Nicolas and Hugo Herleman, who incidentally met on Tinder, with a taste for rebels and mavericks. After this tribute, they have been described as the Bonnie and Clyde of French rock.

Originally from Montpellier, the pair are now based in Lyon, where they write music that mixes shamanic stoner rhythms with a garage-rock energy, sensual vocals (in French and English) and psychedelic guitars. Their acknowledged heroes include Queens of the Stone Age, Black Rebel Motorcycle Club and The Black Angels. From the way they move onstage to their stylish rock outfits, Bandit Bandit have learnt all the lessons from their idols by heart.

After their self-titled debut EP in 2019 (including singles ‘Maux’, ‘Pixel’ and ‘Nyctalope’), they released a second EP in June 2021, ‘Tachycardie’, a French word describing an excessively fast heartbeat which fits their new songs to perfection. Even though some of them are languid and feverish (the lancinating ‘Désorganisée’, for instance), they provoke intense emotions which accelerate the listener’s pulse, raising the temperature higher and higher.

While we are looking forward to their first album, which will hopefully keep exploring dark and sexy themes, Bandit Bandit have started performing live again, after a forced pause due to the pandemic. A drummer and a bass player accompany the two lovers and together these four musicians make the audience forget everything else, hypnotized by the show.