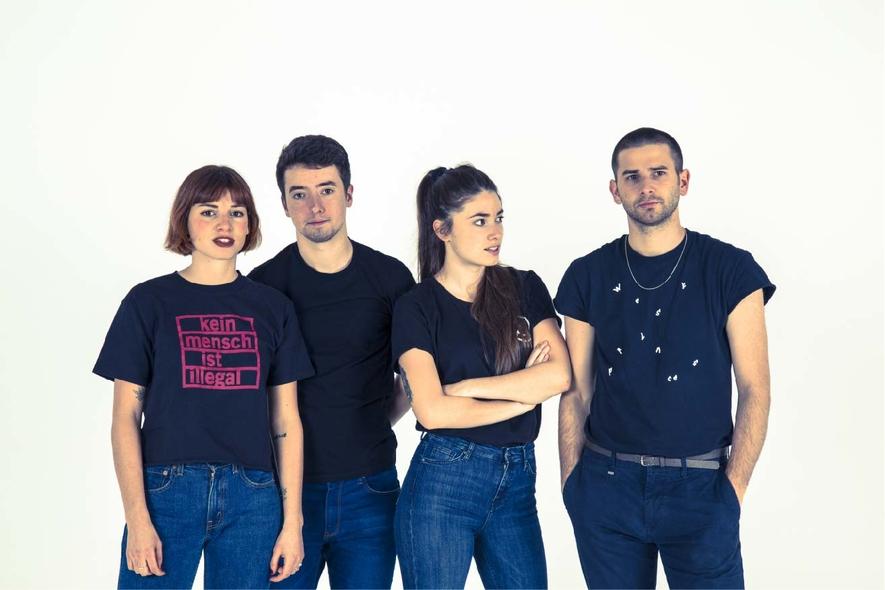 The musical son of Pixies and The Fall, playing songs by Daft Punk just for fun.

Belako are Josu Ximun Billelabeitia, Lore Nekane Billelabeitia, Lander Zalakain and Cristina Lizarraga. This band from Mungia has kicked ass over the last two years, playing non-stop around Spain and Europe. A band full of power, electricity, punk attitude – and a great future. High intensity, hypnotic vocal melodies, great guitar riffs, amazing bass lines, powerful and epic drums – every show goes from darkness to light, from the 1980s to the 21st century, from sweet singing to rough screams, from relaxation to sweat. Post-punk, electronic, grunge, indie rock, everything is possible when Belako is on the stage. They take no prisoners. Be careful!

Now they’re presenting Hamen, their second full-length, released by Belako Rekords and Mushroom Pillow, and produced by James Morgan and Josu Ximun. Hailed as one of the best records of the year in Spain, they’ve obviously got a long, rockin’ future ahead of them. And they’re not just resting on their laurels – they played more than 100 gigs in 2016 alone, from the UK to Mexico. This one time and with this one band – you can believe the hype!

The musical son of Pixies and The Fall, playing songs by Daft Punk just for fun.

Playlists
Play! Epic Songs
When you browse on this site, cookies and other technologies collect data to enhance your experience and personalize the content and advertising you see. Visit our Privacy Policy (updated 5/25/18) and Consent Tool to learn more, and make choices about the data used by us and our partners on the site. By clicking "Accept" or by continuing to use the site, you agree to this use of cookies and data.
En savoir plus ou s'opposer