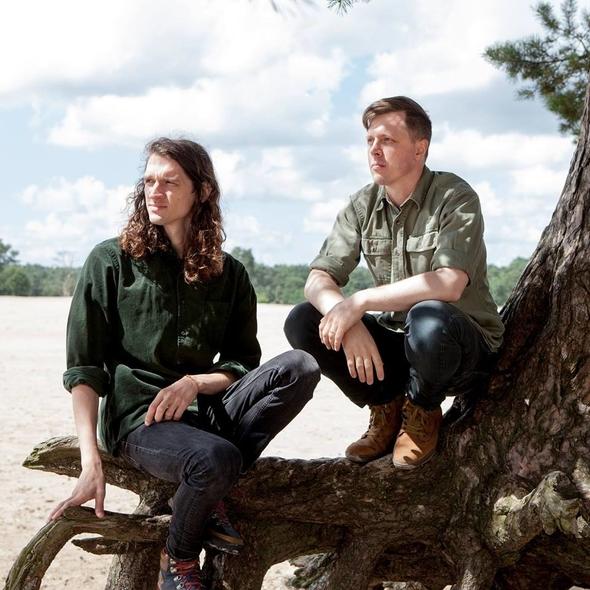 “We could tour together as a supergroup called Black Oak,” they once joked. OK, so supergroup might be a too grand a term for these two respected Dutch singer-songwriters. We are talking about Geert van der Velde of The Black Atlantic and Thijs Kuijken of I Am Oak – each in his own way a master of melancholy, dreamy folk pop. In 2014 they joined forces to make a split EP and two years later they finally blended their talents to produce their debut album, Equinox.

Not only their talents, but also their voices and contrasting songwriting approaches. Geert van de Velde is always aiming for the perfect melody, while Thijs Kuijken instinctively heads for a dark atmosphere with increasing tension. One could say they differ like day and night, Geert being more outgoing and Thijs the introvert. The 11 songs on Equinox, perfectly crafted and played together with a band, seem to prove they were born to work together – beautiful, peaceful songs about nature, tolerance and loss. It’s pastoral and glorious folk pop which calls to mind Fleet Foxes, Crosby, Stills & Nash, The Beach Boys, as well as Harvest-era Neil Young.