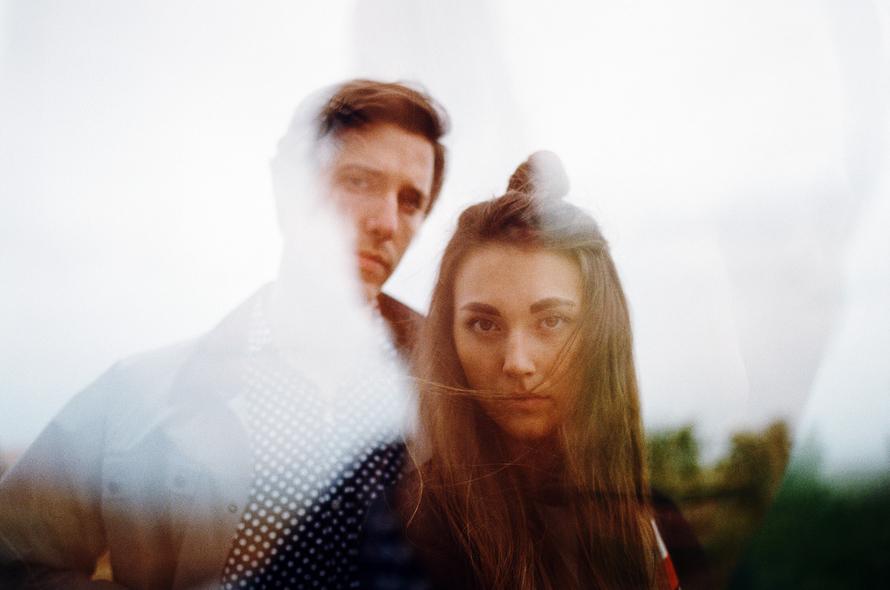 Cari Cari approaches everything a little differently. The duo, consisting of Stephanie Widmer und Alexander Köck, founded a band because they wanted to be part of the soundtrack for a Quentin Tarantino movie. A goal that is definitely not easy to achieve, but surely not unattainable for them: Cari Cari’s music sounds like it was made for the atmospheric pictures produced by the director.

The Austrian band is hardly known in their home country, but they can already look back on some international success. This happened thanks to their own effort: since Cari Cari didn’t want to be stuck in an Austrian bubble, they focused on the international market early on. They sent their material out to a wide array of people and subsequently received a lot of positive feedback from international online magazines and blogs. This small hype reached a peak when their song “White Line Fever” was chosen for the soundtrack of the American TV show Shameless, which further increased their following.

The band has already completed a self-organized tour through Australia that they documented on film. “How to tour without a budget” will hopefully come out soon. Cari Cari is a real DIY-band, they do everything from illustrations to music videos and music production themselves. If they can’t do something, they learn it from Youtube videos. Stephanie is an autodidact on the drums, but she can also play the didgeridoo and the Jew’s harp as well as sing. Alexander is on the bass. Together they have created a sound that is like a modern, sensual version of American country music.

Playlists
Play! c/o pop 2018
When you browse on this site, cookies and other technologies collect data to enhance your experience and personalize the content and advertising you see. Visit our Privacy Policy (updated 5/25/18) and Consent Tool to learn more, and make choices about the data used by us and our partners on the site. By clicking "Accept" or by continuing to use the site, you agree to this use of cookies and data.
En savoir plus ou s'opposer