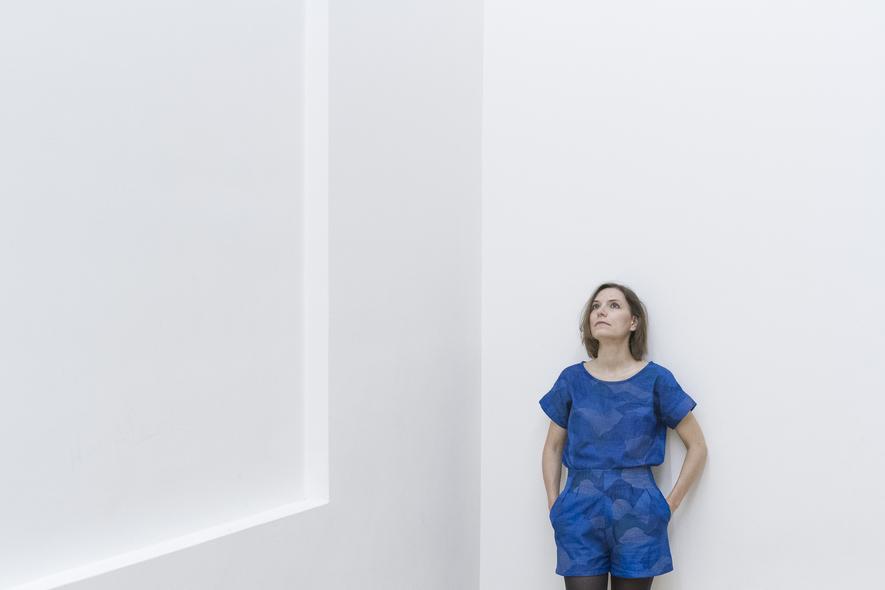 Cécile Schott has been making music under the alias Colleen since the early 2000s. Her sixth album, the wonderful A flame my love, a frequency, was released last October on Thrill Jockey. This American independent label has always been fond of experimental artists, but not many (if any) French musicians have had the privilege of joining the roster.

Now based in San Sebastián, Spain, Colleen was born in Montargis, France. After studying English at university, she lived in England for two years. When she moved back to France, she worked as an English teacher for a while. In 2007, she quit her job to dedicate herself to music: a sad decision for her teenage students, but a very happy one for music lovers.

With Arthur Russell as her muse, Colleen started off using samples on her debut album. She turned to physical instruments when she performed live, using loops and applied this method to her second album. Reinventing herself seems to be a very important aspect of her career. For instance, she wrote a score for a dance project and she released a 14-track EP made entirely with music boxes.

For her latest album, Colleen chose to change her approach again, setting aside the instrument she often plays (the viola da gamba), to focus more on her voice and electronic sounds, with Moog pedals and Critter and Guitari synthesizers. Her new emotional, minimalist songs reflect on turmoil and death, and yet manage to find beauty in the midst of it all.

Playlists
Play! ZZzzz’
When you browse on this site, cookies and other technologies collect data to enhance your experience and personalize the content and advertising you see. Visit our Privacy Policy (updated 5/25/18) and Consent Tool to learn more, and make choices about the data used by us and our partners on the site. By clicking "Accept" or by continuing to use the site, you agree to this use of cookies and data.
En savoir plus ou s'opposer