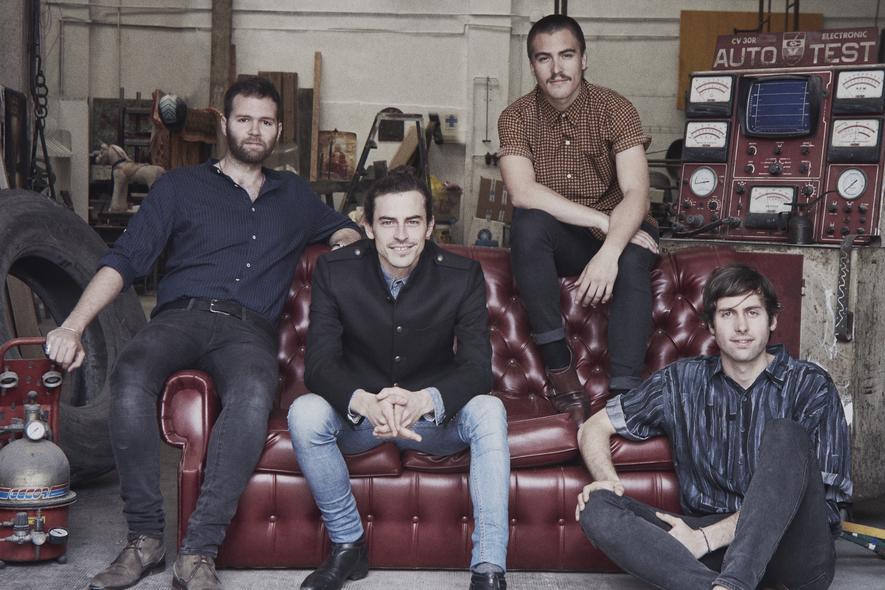 How to dance rock and don’t feel stupid

It’s funny and curious to talk to you about a band from my hometown, right from the neighbourhood next to mine — with which we have a rivalry, but I will leave that aside. A group of friends who have managed to make everyone who crosses their path dance. Their music is rock making love to danceable pop music. All the Spanish specialized press loves them, and the jump to Europe must be the next step. The live shows of these 4 youngsters is a flood of energetic rhythms, fresh sounds and falsettos to the limit that connects with the audience right by the first note. Their presence in national festivals that draw an international crowd, like Primavera Sound in Barcelona or the International Festival of Benicassim, has served them even more fans to their already long list of followers.

The guitar of Albert Peiró is the surprise protagonist in the band’s dance floor moments, while the rockier moments feature the synthesizers as surprise guests. That strange balance and the British atmosphere that surrounds their songs makes them special. It has taken them four years to release their debut album, four years of playing and playing without rest, for their self-titled Conttra (Wonder Music 2017) to hit the streets. This album is the best weapon to assault the throne of Spanish indie rock. Luckily, their proposal is being enjoyed beyond our borders. Europe is anxious to go dancing with Conttra.

How to dance rock and don’t feel stupid

Playlists
Play! Madrid Calling
When you browse on this site, cookies and other technologies collect data to enhance your experience and personalize the content and advertising you see. Visit our Privacy Policy (updated 5/25/18) and Consent Tool to learn more, and make choices about the data used by us and our partners on the site. By clicking "Accept" or by continuing to use the site, you agree to this use of cookies and data.
En savoir plus ou s'opposer