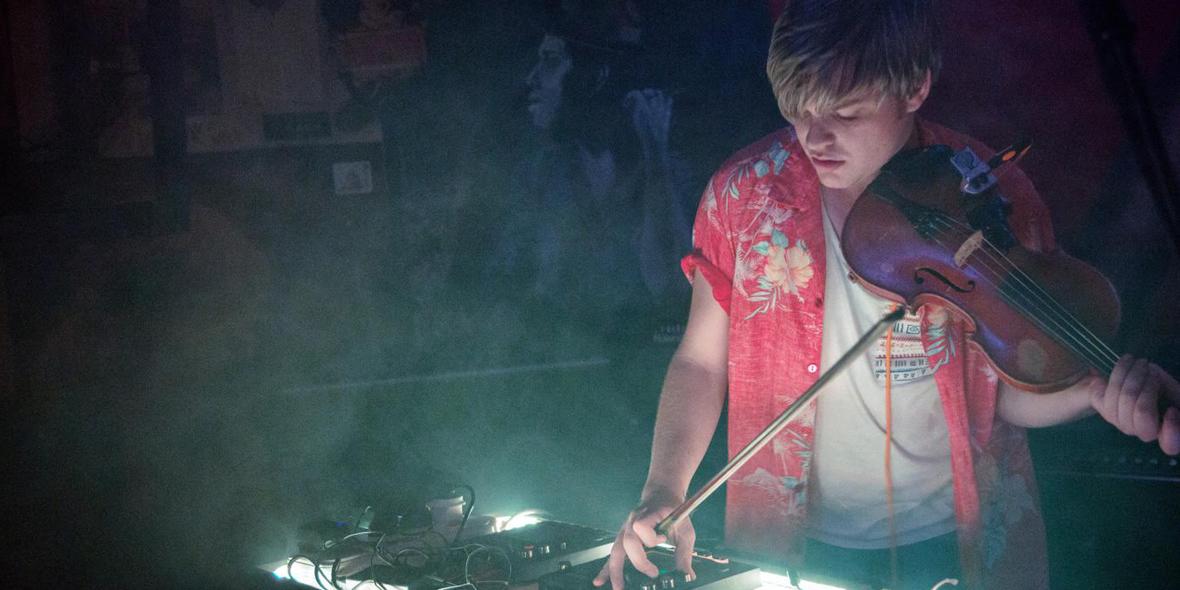 ‘An Irish Goodbye’ is a track written and recorded in self isolation, in front of a live stream audience on Youtube. The track features contributions from the violinist Clare Sands & Sinead White, who sent their parts over email while watching the stream.

Not many dance producers use the violin as the basis for a hefty proportion of their work, but Daithí Ó Drónaí, known simply as Daithí (pronounced ‘Daw-hee’ – Irish for ‘David’), does just that. After early daliances with reality music shows on TV, this skilled musician and beat-maker has set out on his own path, forging his own distinctive sound as he goes.

On his first EP, 2011’s Embrace, Daithí used his violin-playing as the lynchpin for his tracks, fleshing them out with looping effects and floor-filling beats. It included the single ‘Sleep Like a Stone’, which quickly found favour with Irish music journalists and bloggers. He followed-up with his debut LP, In Flight, which was warmly welcomed by the Irish music press when it was released in 2013. With its radio-friendly EDM-inflected tunes it soon charted and spawned the single ‘Chameleon Life’, which was put into rotation on several of Ireland’s leading radio stations and earned a nomination for the Choice Music Prize – Irish Song of the Year. Then in 2015 he released a single entitled ‘Mary Keane’s Introduction’, a song which marked a new, experimental direction for Daithí. Drawing inspiration from traditional Irish music as well as house, he used a recording of his 90-year-old grandmother telling the story of how she found love as the basis for the track and it quickly went viral, staying at Number One in the Spotify Irish viral charts for six weeks. The track was also included on his latest EP, Tribes, alongside the radio hit ‘Love on Top’.

Even before he had released his first single, Daithí had bagged support slots for the likes of DJ Shadow, Macklemore, Santigold, and the XX. He’s also played alongside Disclosure and Duke Dumont, and is a regular performer at Irish festivals as well venturing further afield to events such as Iceland Airwaves. While beatpads and laptops are integral to his live performances, it’s his use of the violin which sets Daithí apart form other dance artists; bringing not only originality to his sound but adding an extra visual dimension to his stage show.

Playlists
Play! Saint Patrick’s Day Irish...
When you browse on this site, cookies and other technologies collect data to enhance your experience and personalize the content and advertising you see. Visit our Privacy Policy (updated 5/25/18) and Consent Tool to learn more, and make choices about the data used by us and our partners on the site. By clicking "Accept" or by continuing to use the site, you agree to this use of cookies and data.
En savoir plus ou s'opposer