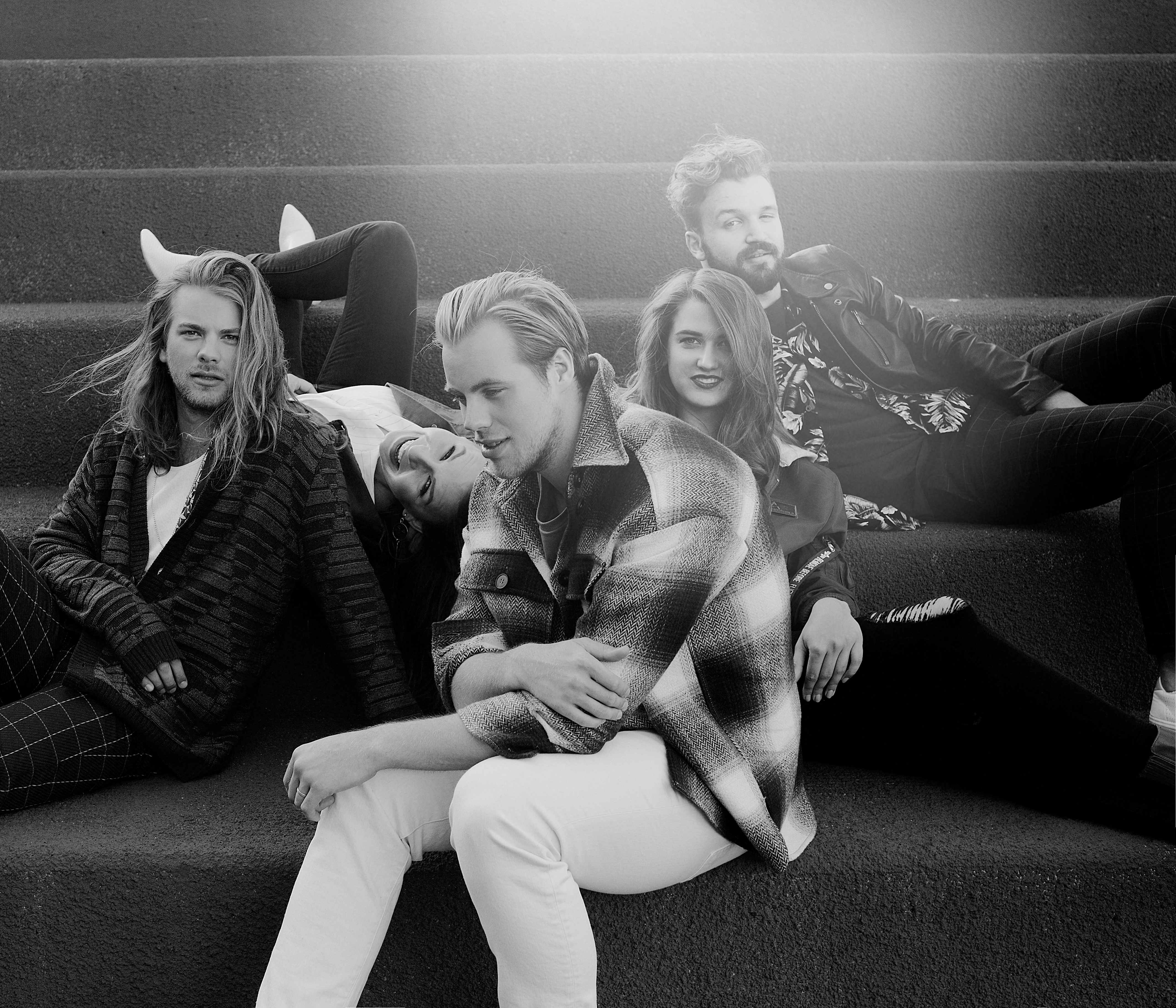 Daniel Levi began their rise in 2015 with the single ‘Burning Lights’, with which the band were the runner up in Eesti Lau 2015, a competition for entry to the 61st Eurovision Song Contest. Even though they were not picked to represent Estonia, the song still earned them stardom as a popular contemporary pop band in the region.

The five-piece outfit delivers energetic hooky pop that draws upon a mix of teen pop and euro-pop frivolity, a sharp twist of contemporary R&B, and a compound of electronic post-disco styles with soulful vibes and memorable hooks. The band owes much of its substance to their frontman, Daniel Levi Viinalass, whose childhood years in the USA had an enormous impact on his songwriting and vocal skills even before he formed the band with his brother Josh (drums) and their friends Kata Lige (bass), Liivi-Kalli Lätte (keys) and Carlos Roos (guitar).

Daniel Levi’s collaboration with the Estonian EDM DJ trio Cartoon on the dance hit ‘On & On’ has racked up over 460 million plays on YouTube and Spotify, creating a further buzz around the band. In 2017 they returned with the electropop single ‘All I Need’, presenting a more mature and sophisticated sound.

Daniel Levi seems to be able to experiment with many sounds and styles, but it’s actually in their musical injections of soul-R&B-pop good-time energy where they truly shine. Key examples are the double-single ‘High Roads’/ ‘Hazelnut’, with the rich electro-funk grooves of the producer Sander Mölder, or their latest single ‘Uncle John’, released in March 2020. The latter brings to mind Bruno Mars or The Weeknd, wielding a big personality and sharp presence. That’s where the thrilling energy lies, and this is where they triumph.

11 Feb 2021
Send a message to
Now playing!
The best of Pop music by Europavox
Featured playlists
Select your player