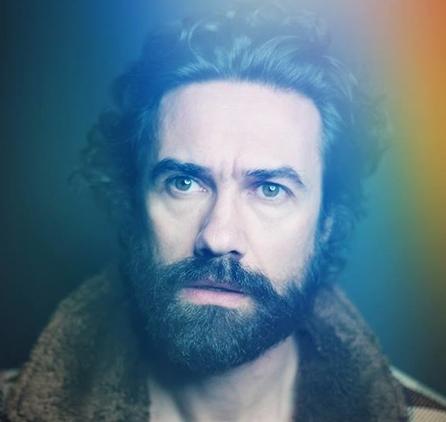 20 years ago it wasn’t usual thing for people to sing in English in Portugal. Most known bands sung in Portuguese, but then, in 1998, everything changed. A new band called Silence 4 broke all the rules and records (selling more than 250 000 albums) making everyone sing “Borrow”, “Angel Song” or “A Little Respect”. And who was the voice of these catchy songs? A little boy called David Fonseca.
David became the face and voice of a new generation that could accept influences from Jeff Buckley, Talking Heads and Dead Can Dance, but also Portuguese singer-songwriters like Jorge Palma or Sérgio Godinho.
After the backlash of the huge success and the disband of Silence 4, David Fonseca started his solo career and in 2003 he released Sing Me Something New. This album was almost entirely recorded by David playing several instruments, and featured some great pop tunes like “The 80’s” or more intimate moments like “Someone That Cannot Love” or “Playing Bowies With Me”.

Since that moment, David Fonseca has been recording and releasing new (and old) songs at a steady pace. His sophomore album Our Hearts Will Beat As One was released in 2005, two years later another album Dreams In Colour, in 2009, Between Waves and, by 2012, he recorded a double album called Seasons (Rising / Falling). In less than 10 years, he released six solo albums that featured originals songs such as “Hold Still”, “Kiss Me, Oh Kiss Me” or “A Cry 4 Love”, but also some great covers like Elton John’s “Rocket Man” or a full tribute to Portuguese singer António Variações with side project Humanos.

In 2014, David Fonseca reunited his old band (Silence 4) for some very special shows in Lisbon and Guimarães, after his co-singer Sofia Lisboa survived cancer. But he also started recording his first album exclusively written in Portuguese. Futuro Eu (ie. Future I) is a clear example of how David can transform anything into a solid gold pop tune, bringing references of Paul Simon or Debbie Harry into the Portuguese lexicon. His passion for photography and cinema studies are now, maybe more than ever, clearly present in his work.

He is known for never staying still, and he never stopped touring and showcasing his music live from all over Portugal and Spain but also playing at SXSW (USA). In the last two years, he returned to writing in English with a brand-new album, Radio Gemini (inspired by the old radio shows that he listened and loved), but also producing a tribute to David Bowie 70th birthday. He invited several singers like Ana Moura, Marta Ren or Catarina Salinas (from Best Youth) to sing classic tracks like “The Man Who Sold The World”, “Blue Jean” or “Let’s Dance” while he played all the instruments on the album.
If you visit Portugal and turn on the radio, it’s highly probable that you catch a David Fonseca song playing. And after 1 minute you may find yourself singing it.