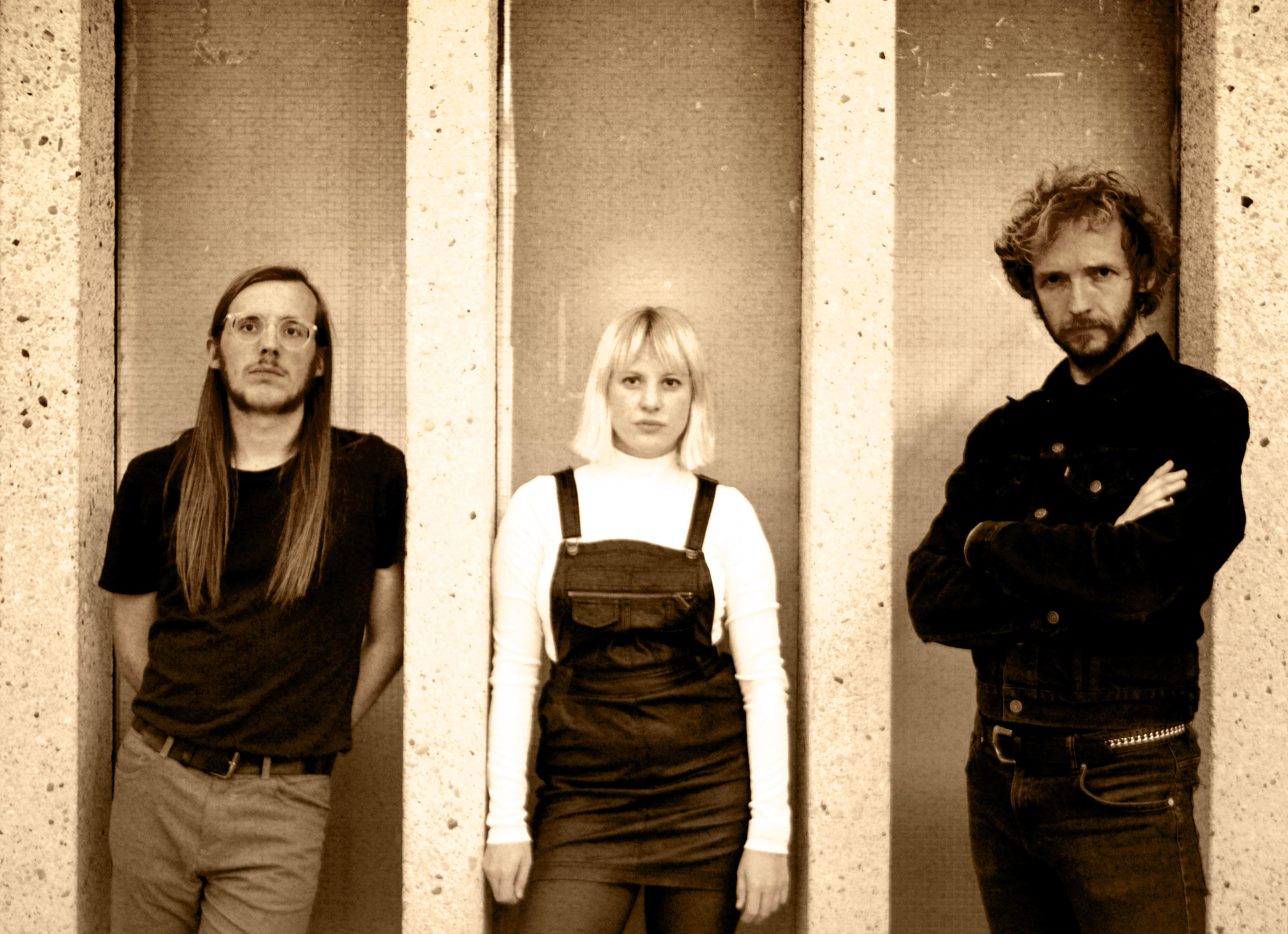 Sometimes, mystery can be a powerful thing. Just ask Pascal Pinkert. The Dutch producer and musician is the brains behind cult favourite Dollkraut, but he’s also the driving force of De Ambassade, a shadowy cold wave outfit based in Amsterdam.

Following two well-received seven inch singles, ‘Verloen’ and ‘Wat Voel Je Nou’, in 2016 and 2017 respectively, the band disappeared, an unknown entity that left both fans and the press perplexed. Until now that is. For the band have stepped into the spotlight with their debut album ‘Duistre Kamers’ (“Dark Rooms”), a 33 minute blast of haunting vocals, reverb, and icy, vintage synths.

“Beneath the surface lies a deeper Dutch-language narrative celebrating free speech and thought,” says their Bandcamp page. Standing in opposition to “alienation and solitude”, De Ambassade have created a dank, gloomy mix of 80’s no wave and the starkest of DIY atmospherics. It’s retro, but not pastiche; the weathered riffs and warped effects deployed throughout sound redolent of the isolated concrete suburbs of west Amsterdam where the record was conceived.

Together with bassist Timothy Francis and multi-instrumentalist Aniek de Rooij, their live shows have become the hottest ticket in town, yet it’s on record where their vision truly shines. ‘Malefica’ deploys a goth-tinged sitar to devastating effect, while ‘Geen Genade’ is shot through with the same uneasy nihilism that once powered Joy Division. ‘Duistre Kamers’ wears its black heart on its sleeve then, but is no less engaging or enjoyable for it – let the inky waves wash over you, and become one with the darkness.

by Derek Robertson / 05 Oct 2020
Send a message to
Now playing!
The best of Hip-Hop music by Europavox
Featured playlists
Select your player