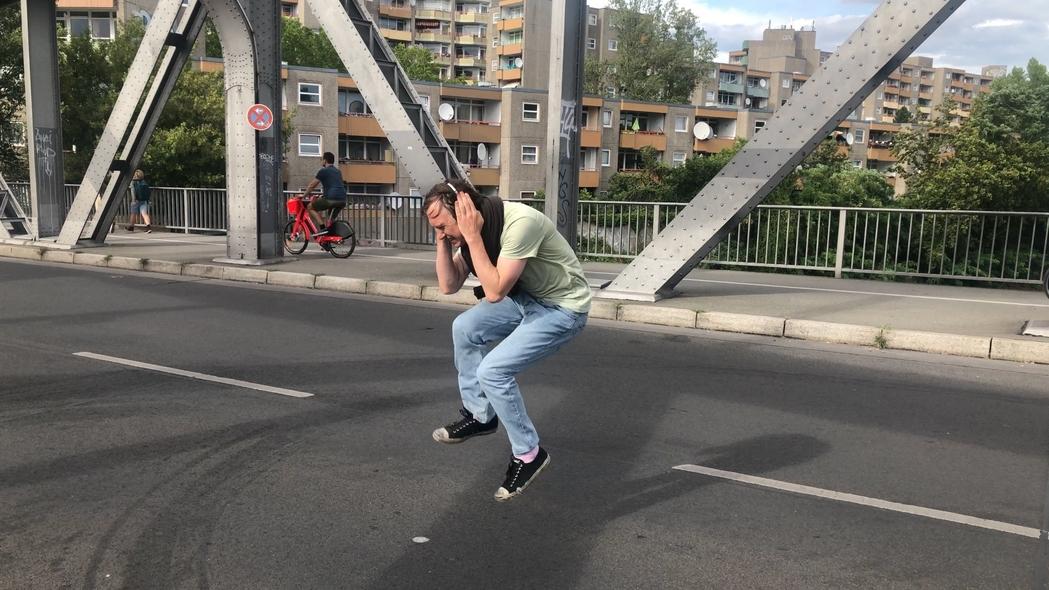 One can ultimately argue that there are two sides to German hip hop; the earnest street, hard-edged sound, and the more flippant, casual pop side that’s embedded with more live and electronic instrumental music. Here, Hamburg’s Deichkind very much fall in the latter camp. Having formed in 2000 as a trio, this idiosyncratic bunch of electro-misfits soon went on to become one of Germany’s most popular acts, with their distinct brand of pyramids-for-heads look, and lo-fi, boutique videos that play into their band’s satirical and campy and convivial lyrics. Just check out the latest single “Richtig Gutes Zeug” (really good stuff), in which the now-older musicians can be seen horsing around supermarkets and furniture showrooms in a mixture of cabaret clothing, hip hop garb, and in some instances, nothing at all.

Playful, comedic and mildly theatrical, Deichkind come into their own when performing live — which is arguably the source of their success. It wasn’t always this way however, the early days of these German rappers saw them lead an underground path without mainstream success. Towards the latter half of the naughties, after a few line-up changes and a leaning towards electronic sounds, with a comedic disposition that isn’t a million miles away from the likes of Modeselektor, the band started to chart mainstream success. Now a bit older and road-warn, with a few chart hitting hits to their name, see “Leider geil” (unfortunately cool), Deichkind are still doing their own thing, cracking their own jokes, while pulling in new crowds and new audiences throughout Germany.

Playlists
Play! Run your heart out

Playlists
Play! The Berlin Wall crumbles
When you browse on this site, cookies and other technologies collect data to enhance your experience and personalize the content and advertising you see. Visit our Privacy Policy (updated 5/25/18) and Consent Tool to learn more, and make choices about the data used by us and our partners on the site. By clicking "Accept" or by continuing to use the site, you agree to this use of cookies and data.
En savoir plus ou s'opposer