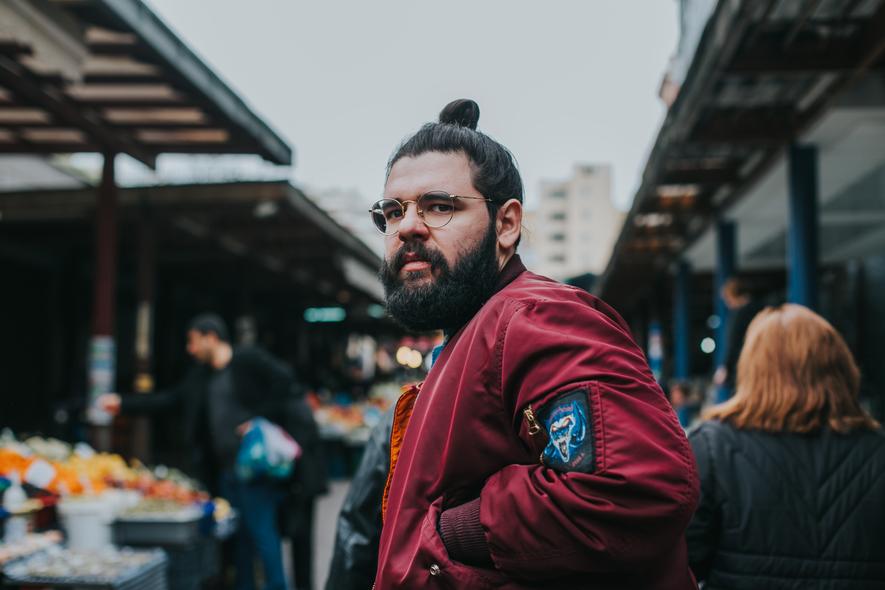 Deeply influenced by the Athenian urban life and the contemporary multiculturalism, Nickos Dervisis was already known under the moniker of Kid Flicks before embracing his more experimental nature under his new pseudonym-though also part of his real name- Dervisis. Inspired by Eastern musical influences and alt electronic, he manages to make music spiritual and psychedelic at times, rooted in a core concept that goes further “intelligent” post-pop, meeting the idea that bleeping electronics and pounding basslines are merely a tool and do not entail loyalty to any specific aesthetic.

In late May 2018, Dervisis released his debut EP “Missing” for which he stated “The idea behind it was to create a pop track describing a needy and dysfunctional relationship, as a metaphor for my relationship with Athens… The past decade, due to the crisis (and decadence of the city, unemployment, shitty jobs, rise of the far right, gentrification, the absence of my friends who left to work abroad etc) I have developed a weird relationship with Athens and sometimes I prefer missing the city than living here”. This new delightful project stays true to his creator’s eccentric sound designs as Kid Flicks, evoking Nicolas Jaar’s contemplative microhouse and The Blaze’s atmospheric EDM, while offering a conceptual unity that makes it feel like the product of a single burst of inspiration.

Folk / France
Morgane Imbeaud
When you browse on this site, cookies and other technologies collect data to enhance your experience and personalize the content and advertising you see. Visit our Privacy Policy (updated 5/25/18) and Consent Tool to learn more, and make choices about the data used by us and our partners on the site. By clicking "Accept" or by continuing to use the site, you agree to this use of cookies and data.
En savoir plus ou s'opposer