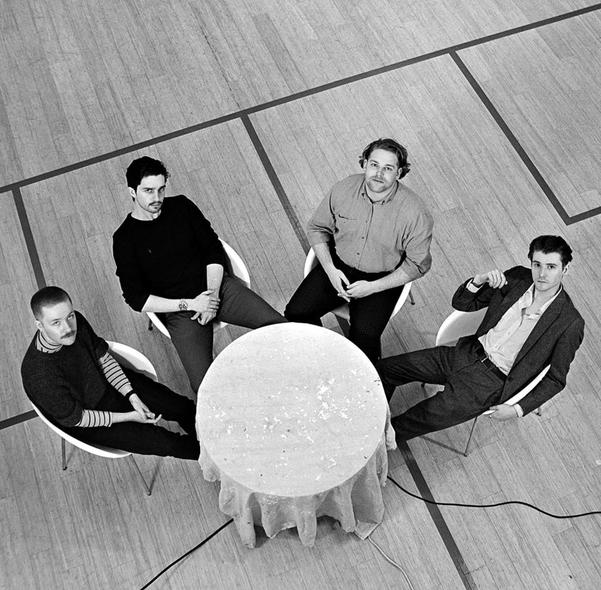 Catchy, whip-smart post-punk from one of the best new bands in Britain

There’s a raft of intelligent, quirky new bands currently channelling new-wave and post-punk coming out of the UK. Some call it “wonk”; others have termed it “crank wave”. Either way, these smart, modern guitar groups are currently very much having “a moment”, and Do Nothing are near the top of the pile. The Nottingham four-piece might have spent nigh on a decade flitting in and out of various projects, but it’s been time well spent – they’ve built a rapidly burgeoning reputation on the back of captivating live shows and a handful of sharp, humorous, and eminently danceable singles (and one EP).

Blending influences like LCD Soundsystem, Talking Heads, and Tom Waits, there’s a lot going on in their music. Clipped, angular guitars, neat bass grooves, and fidgety drums provide the leftfield dancefloor sensibilities, while singer Chris Bailey’s sardonic, intricate rambling – sample lyric: “I wake up with a bruise that looks like a map of ‘the incident’” – adds a mysterious, wry edge. Bailey’s sing-speak delivery accentuates the strangeness, but being somewhat weird – and giving themselves plenty of room to experiment and grow – is at the heart of their appeal.

Having garnered as much critical acclaim as they have breathless hype, their as yet unannounced debut record is already one of 2020’s most eagerly anticipated. Yet ever-restless, the band is constantly evolving; a blank canvas is how they’ve described their future. Given the exciting, intellectually thrilling music they’ve come up with so far though, it’s safe to say whatever they do next will be worth paying attention to.

Catchy, whip-smart post-punk from one of the best new bands in Britain

Streaming
More about Do Nothing
Similar bands

Rock / France
The Psychotic Monks
When you browse on this site, cookies and other technologies collect data to enhance your experience and personalize the content and advertising you see. Visit our Privacy Policy (updated 5/25/18) and Consent Tool to learn more, and make choices about the data used by us and our partners on the site. By clicking "Accept" or by continuing to use the site, you agree to this use of cookies and data.
En savoir plus ou s'opposer