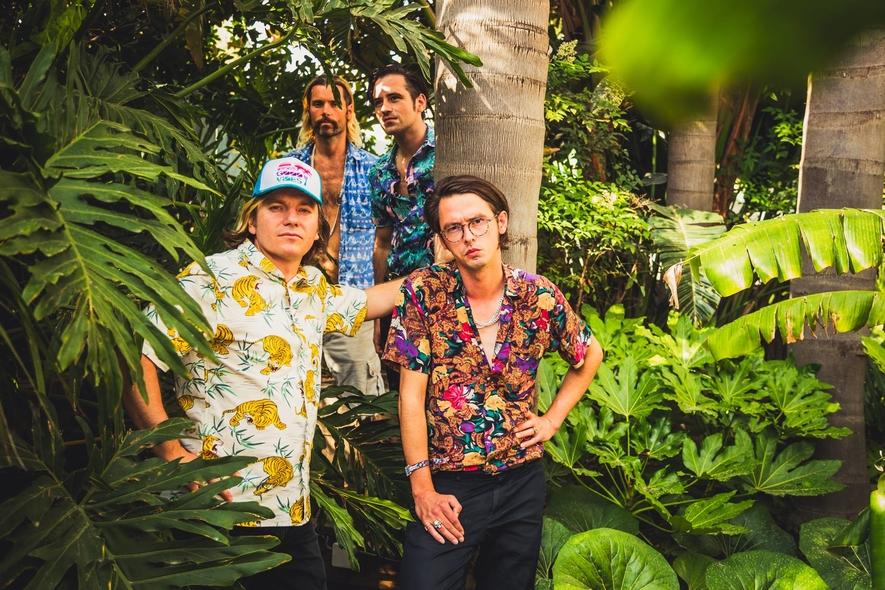 The Hungarian garage punks Dope Calypso remind us that as long as you have plenty of attitude, volume and writing skills everything else falls into place. Using these elements to the fullest, their music is a sonic pop-punk smash that bursts through the speakers and wrecks up the whole place leaving us wiped out. After storming out of the gates with their 2014 debut album Farewell to the Fairy, Goodbye to the Ghost, they continued to make their intentions clear with the release of Banzai! Banzai! Banzai!, capturing the band at its rawest and catchiest.

By now, the Budapest-based boys have developed from garage punk, grunge, 60s pop and 80s synthpop to pretty much every rock-related genre (reminiscing of The Damned’s unconstrained evolution from glam rock to post punk and new wave) delivering a perfect trash-the-rules-and-party energy. Most tracks are two-minute long, filled with crazy stories and absurd lyrics (e.g. “All is gone, the folly and the fun/all the black hearts are beating as one”, they sing in their weird but catchy Christmas song). Obscurity and fun become a weapon in Dope Calypso’s hands. Through their latest albums Mau Mau (2016) and Chaka Chaka (2017), they never cease to amaze and thus they became a favourite act at festivals such as Eurosonic Noorderslag and Primavera Sound in 2018. Most importantly, they show us all how entertaining it is when you refuse to take yourself seriously.

Playlists
Play! Xtrem Ski
When you browse on this site, cookies and other technologies collect data to enhance your experience and personalize the content and advertising you see. Visit our Privacy Policy (updated 5/25/18) and Consent Tool to learn more, and make choices about the data used by us and our partners on the site. By clicking "Accept" or by continuing to use the site, you agree to this use of cookies and data.
En savoir plus ou s'opposer