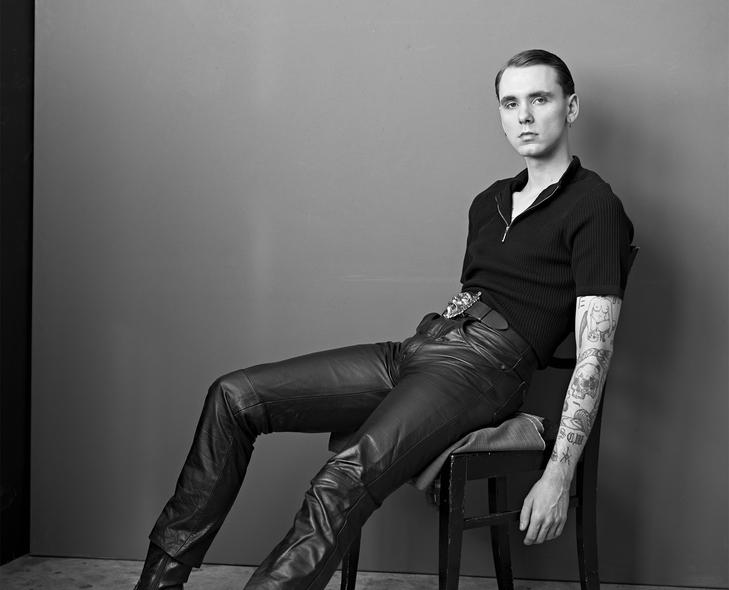 Max Gruber is a romantic-romanticist, drowning in 80s charisma. Look hard enough and you’ll even see a young Mark Almond, shining through the rough edges of this alternative, German, indie – act. With his 2016 debut LP ‘Harieschaim’ many obvious comparisons to Joy Division and The Cure were made with his expressive demeanour, washed-over guitars, and new-wave sentimentality, but beyond the reference points Gruber is an extremely talented songwriter, with a swagger in his step, and a wild array of media attention.
With his 2016 debut LP — recorded at the age of 22 — Gruber won the accolade of Newcomer of the Year, along with other prestigious acknowledgements from the industry. His synth-pop, avant-garde style is very reflective of his influences, especially that of early Cure records. The angst, and emotional strain bleed through on songs like ‘Will ich nur dich’, and ‘Love me or leave me alone’ – all processed with a new romantic sheen. Rife with fuzz guitars, soft-palleted vocals, and I keen ear for 80s pop-radio, Dragnsal is all about love, life, and everything in-between.

In April of this year, Gruber releases his second LP ‘Zores’ (which means anger, or bickering) from which he recently released first single “Turmbau zu Babel” (“Tower of Babel”). ‘Zores’ is very much a German album, and sung in such — a step away from the primarily English-prose on ‘Harieschaim’ — although it promises not to divert too far away from his cold wave roots. With a more composed approach to song writing, and mature production, ‘Zores’ promises to be more of a ‘Pornography’ – record, than say an initial ‘Seventeen Seconds’. Yes, the comparisons will never escape him, but the talent will always stay the same.