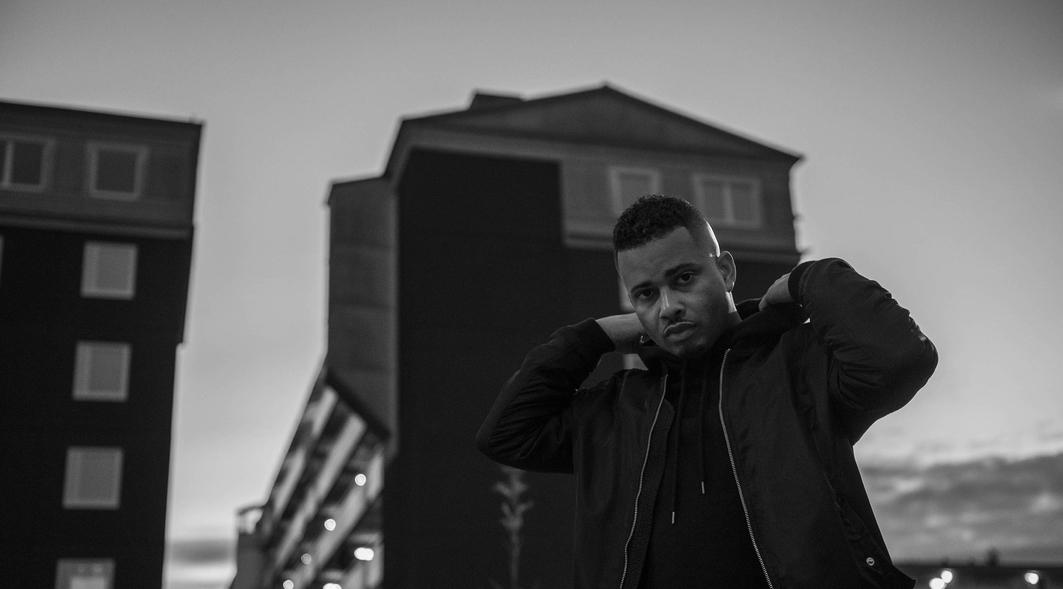 First he made a name for himself as Eboi, frequent backup rapper in the Swedish hip-hop collective RMH, Respect My Hustle. After ten years in the game, the rapper from Stockholm’s north-western suburbs abandoned English and started rapping in the national language, getting a massive break-through with a track named ‘Annie Lööf’, after a Swedish Centre Party leader.

It wasn’t just the language change that he made a statement with – he left behind his stage moniker and reverted to his given name, Erik Lundin, and his debut EP is titled Suedi – indicating you don’t have to be blonde and blue-eyed to be Swedish.

For those who understand the Swedish language, Erik Lundin is a true lyrical whiz kid, whose tracks touch on the themes of identity, alienation, aspiration … and above all offer a sharp description of life as a second generation immigrant in Europe’s fifth most segregated capital city. Sonically, Lundin tells his stories over a damp background of trap drums with sweeping samples of film music, for instance.

Over two EP releases, Erik Lundin has proven himself as a strong narrator. Now it remains to be seen if he, like other acts who sing in Swedish, can reach an international audience, the obvious issue of understanding the lyrics notwithstanding. He’s already cast aside any doubt regarding his rap mastery.

Playlists
Play! The Hippest and the Hoppest

Playlists
Play! Stockholm Calling
When you browse on this site, cookies and other technologies collect data to enhance your experience and personalize the content and advertising you see. Visit our Privacy Policy (updated 5/25/18) and Consent Tool to learn more, and make choices about the data used by us and our partners on the site. By clicking "Accept" or by continuing to use the site, you agree to this use of cookies and data.
En savoir plus ou s'opposer