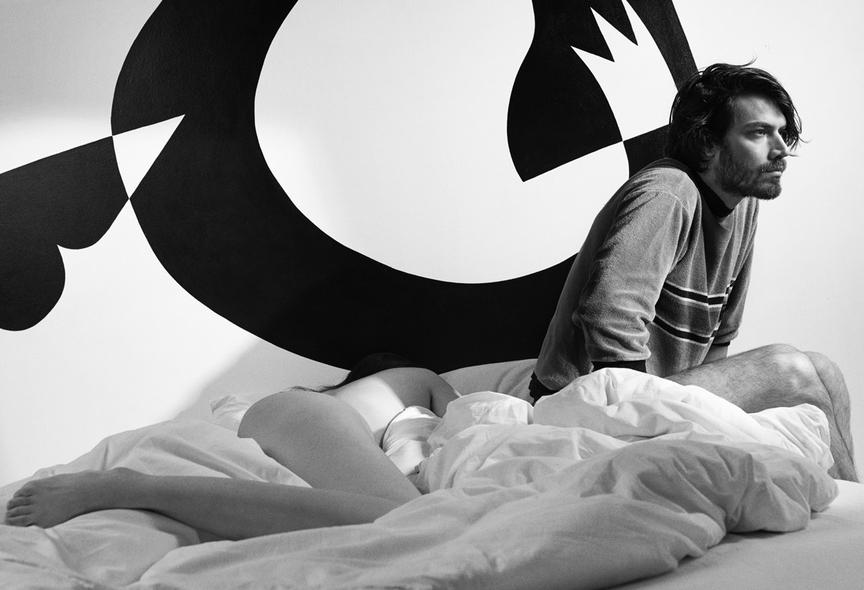 As a producer for top Belgian artists like Bazart, Tsar B, Warhola, and Warhaus, Faces on TV’s front man, Jasper Maekelberg, proves his multidisciplinary talent both on and off stage. With debut album Night Funeral, released on 20 April 2018 at Ancienne Belgique, Faces on TV participated in Belgium’s Rock Werchter music festival. The groovy pop group also performed at Pukkelpop, Xpo North, and Eurosonic, supporting artists like dEUS, Yeasayer, and Balthazar.

Faces on TV encompasses immense talent. Aside from lead singer Jasper Maekelberg, the group is comprised of Sander Verstraete (bass), Ruben Vanhoutte (drummer), and Dienne Bogaerts (keyboards). Music has always played an important role in Maekelberg’s life. He practiced piano throughout his childhood, and studied music production at the Hogeschool Gent Conservatorium, where he met Verstraete and Vanhoutte. Maekelberg’s unique skill was recognized at the 2016 Flemish Music Awards. With much support from within Belgium and beyond, Faces on TV has already proven its artistic worth.