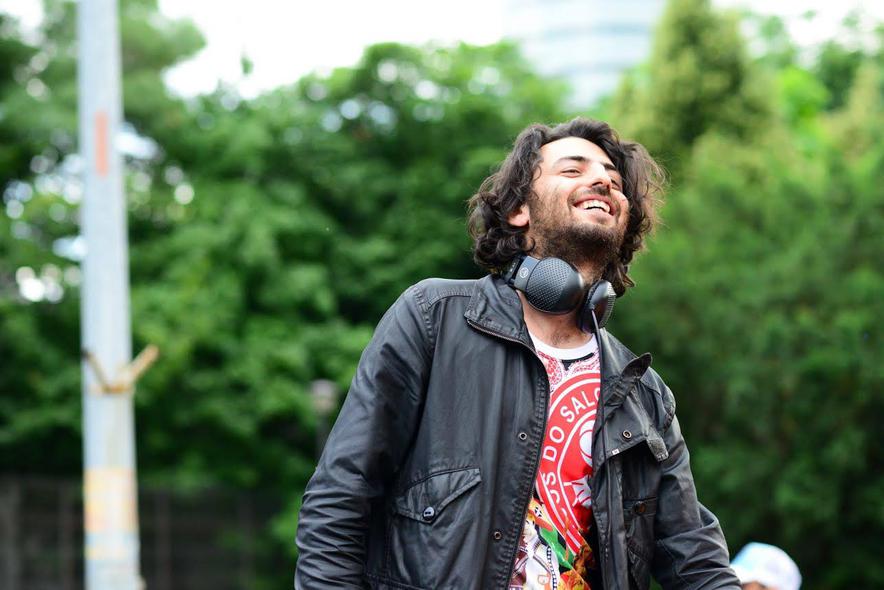 Romanian ghetto music from the 90s.

To understand Future Nuggets, you first have to understand the long-standing musical feud in Romania. In the 90s, after the fall of communism, there was a new wave of musical improvisation, combining Oriental, pop and Roma sounds. This music, called “manele“, was mostly associated with the poor and the uneducated, specifically the Roma. The main themes were very simple: it was either about love, money, strife, friends or foes. This is why intellectuals fiercely rejected manele and looked down on anyone who listened to it.

This changed after 2010, when Bucharest hipsters got over themselves and realised that manele was very danceable and heartfelt music. The underground party scene adopted it and at around that time, Future Nuggets was born.

Future Nuggets is a musical project involving a bunch of Romanian producers and musicians with a passion for obscure, un heard bits and pieces of proto-manele, or the earliest 90s manele they can find. They dig around for old cassette tapes and spice them up with new voices, synths and electronic beats.

The Future Nuggets moniker includes artists such as Steaua de Mare, Plevna and Matteo Islandezu, all with a different sound and direction. Some of them, such as Islandezu, dive into manele and use it as inspiration for new, original tracks. Others, such as Plevna, stick to producing electronic tracks with just a hint of Oriental beats. Either way, the result is always enticing, like a psychedelic trip between the future and the past.

Romanian ghetto music from the 90s.

Electro / Portugal
Pongo
When you browse on this site, cookies and other technologies collect data to enhance your experience and personalize the content and advertising you see. Visit our Privacy Policy (updated 5/25/18) and Consent Tool to learn more, and make choices about the data used by us and our partners on the site. By clicking "Accept" or by continuing to use the site, you agree to this use of cookies and data.
En savoir plus ou s'opposer