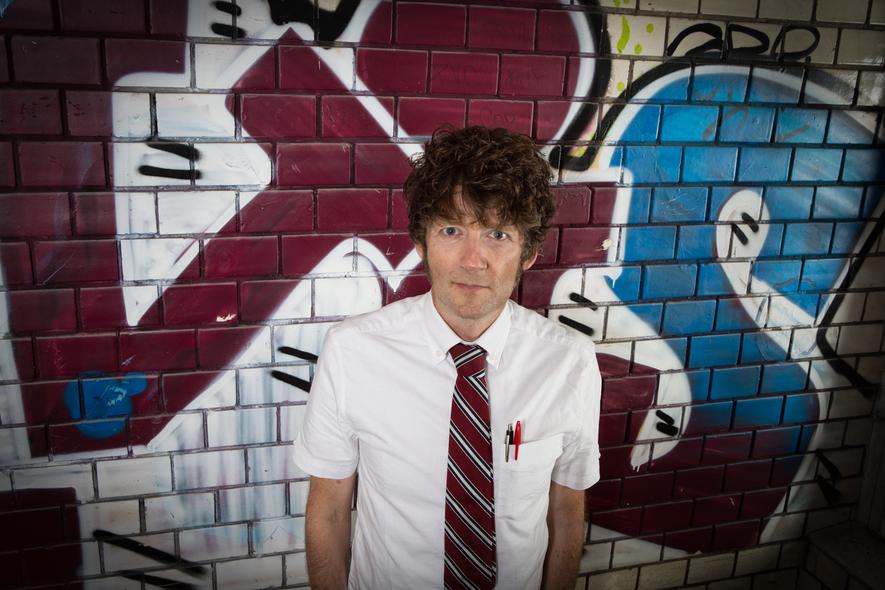 A French mastermind blurring the lines between funk and pop

Hervé Salters, a.k.a. General Elektriks, seems to find it hard to keep still, geographically speaking. After playing keyboards for quite a few important artists in Paris (Femi Kuti, -M-, the late DJ Mehdi…), the French musician born in the Paris region decided to move to San Francisco in 1999 and became a singer-songwriter-producer. From his home studio in the S.F. Bay area, surrounded by his vintage keyboards and his laptop, he created three albums under the name General Elektriks: Cliquety Kliqk (2003), Good City for Dreamers (2009) and Parker Street (2011). In 2012, he left California for a whole new location: Berlin, back to Europe. His fourth album, To Be a Stranger (2016), reflected the feelings of someone who doesn’t belong anywhere. This idea can be applied to his music, which mixes rock, funk, hip-hop, jazz and electro-pop in a wonderful collage of sounds. It’s also obvious in his collaborations in different genres (with Blackalicious, Honeycut, Pigeon John, Lifesavas, Curumin, The Mighty Underdogs…).

With an impressive sense of groove and a desire to make his audience dance, General Elektriks offers dynamic performances – the video for Different Blue is a good example of what this effervescent leader can achieve. Fuelled by the energy of his shows, his latest album, Carry No Ghosts, was released in February 2018. Fifteen years after his first album, he carries on imagining new ways to surprise. His addictive, euphoric melodies are still a perfect remedy against gloominess.

A French mastermind blurring the lines between funk and pop

Electro / Portugal
Nídia
When you browse on this site, cookies and other technologies collect data to enhance your experience and personalize the content and advertising you see. Visit our Privacy Policy (updated 5/25/18) and Consent Tool to learn more, and make choices about the data used by us and our partners on the site. By clicking "Accept" or by continuing to use the site, you agree to this use of cookies and data.
En savoir plus ou s'opposer