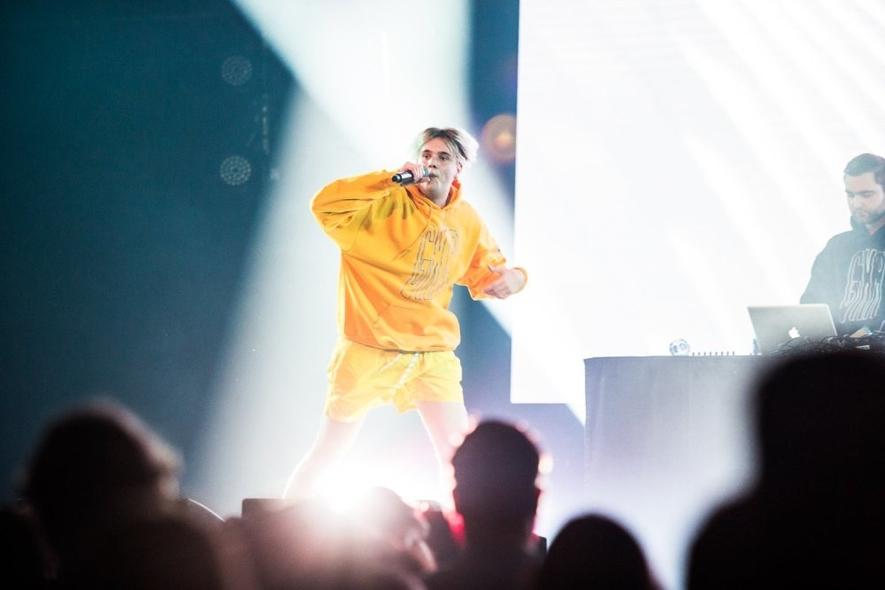 A lifebuoy for emotional and awkward life stages.

Hip hop artist GKR is Gaukur Grétuson. Known for his playful and colourful lyricism, the Reykjavík-born rapper has been making music as GKR since 2012, in the infancy of Icelandic hip hop, and in his days at the Reykjavík School of Visual Arts. “GKR” started as a Counterstrike screen name, so it only seemed a natural progression that Gaukur would start his musical career online, letting SoundCloud and YouTube take the reins and finding producers on these platforms.

Since those early days, GKR and his floppy Aaron Carter hair have come a long way. In 2017, he won the Reykjavík Grapevine’s Artist of the Year award. And for good reason: as one of the early pioneers of Icelandic hip hop, GKR’s influence is evident in the music of other artists. His own musical tastes inform the complexity of his work, with Wu Tang Clan, Kid Cudi, Kendrick Lamar and Tame Impala among his listening library.

GKR’s best known music video is “Morgunmatur” (EN: Breakfast) and produced by Purpdogg, where the bright colours of blue Icelandic swimming pools, bright yellow city buses, and a technicolour pink doughnut sky feature prominently. The cinematic and dreamlike aesthetic continues in his music video for “UPP”, and the prominent use of colour is no doubt a hallmark of his visual arts background.

With his lyrics promising help and emotional rescue, GKR’s music is both part-conversation, part-lifebuoy for awkward, messed-up listeners – the type of listener who really is, on the inside, just like GKR.

A lifebuoy for emotional and awkward life stages.

Electro / Belgium
Glauque
When you browse on this site, cookies and other technologies collect data to enhance your experience and personalize the content and advertising you see. Visit our Privacy Policy (updated 5/25/18) and Consent Tool to learn more, and make choices about the data used by us and our partners on the site. By clicking "Accept" or by continuing to use the site, you agree to this use of cookies and data.
En savoir plus ou s'opposer