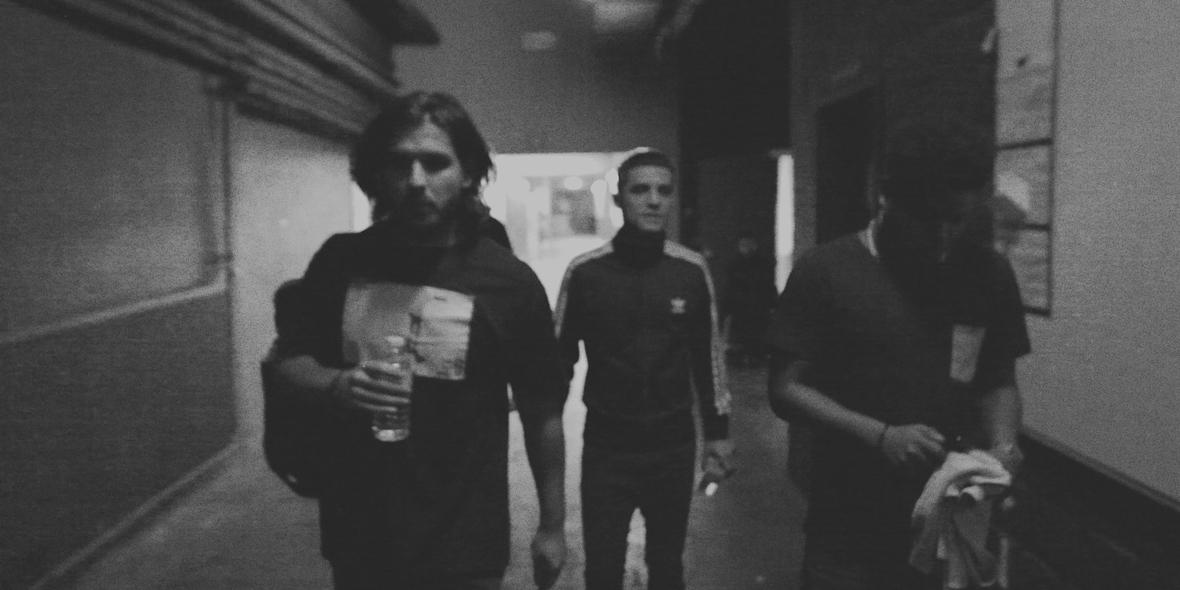 Golan, consisting of Alex, Florian, Iulian, Ernesto and Mihai, was formed in 2014. They named it Golan, meaning “hooligan”, but their sound is far from the coarseness the name would suggest. The group has had one of the fastest ascents on the Romanian electronic music scene.

Their sound is so original and surprising because it stems from each member’s different background. Ernesto grew up listening and making Latino music, Alex flirted with pop in a pretty well-known band in Romania, while Mihai, the DJ, gives Golan its electronic edge. The keyword of their music is melancholia, they say.

Their shows often feature live instruments and orchestras. They use trumpets, flutes, percussion and vocals to put together an amazingly haunting show.  Their live acts feels as if from another galaxy and is consolidated visually by the band’s own signature light show and graphics. They’ve toured around Europe with Parov Stelar and opened for Róisín Murphy, and they show no sign of stopping: their last album, Intro, released in April 2017 and a few European dates prove that the future is definitely theirs.

Playlists
Play! Valentine
When you browse on this site, cookies and other technologies collect data to enhance your experience and personalize the content and advertising you see. Visit our Privacy Policy (updated 5/25/18) and Consent Tool to learn more, and make choices about the data used by us and our partners on the site. By clicking "Accept" or by continuing to use the site, you agree to this use of cookies and data.
En savoir plus ou s'opposer