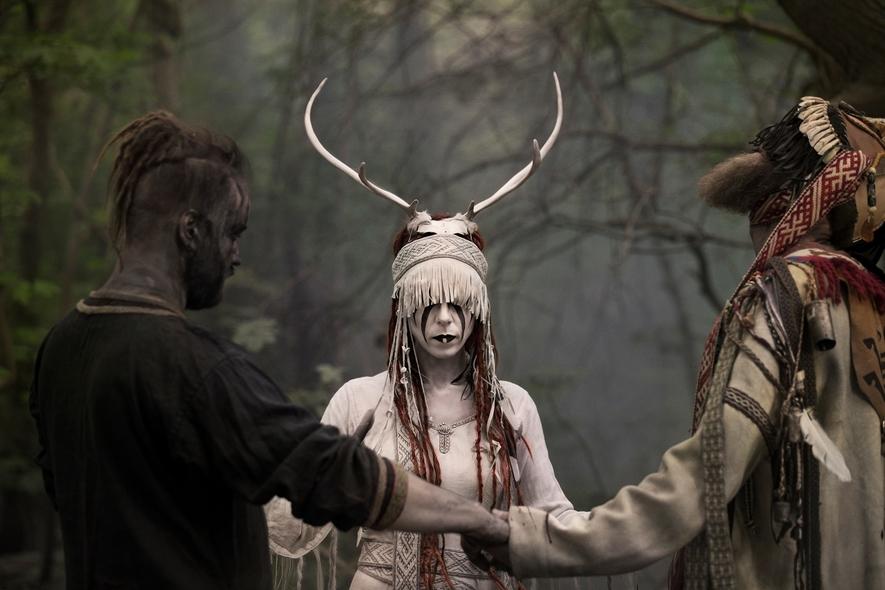 Many bands are created around a concept, but Heilung take this to a whole other level. Ostensibly an experimental folk music band, that doesn’t even come close to describing what the trio does. “Amplified history from early medieval northern Europe” is what they call it – songs based on texts and runic inscriptions from the Bronze, Iron, and Viking Ages, sung in a variety of languages, and using instruments available during those eras, such as horse-skin drums, swords, animal horns, and clay rattles. Oh, and bones – even human ones.

The result is unlike anything you’ve ever heard before. Pagan-esque, there’s a primal wildness and power to their work, an attempt to recreate previous generations’ connection to spirituality, and the earth itself. Danish producer Christoph Juul creates percussive, droning soundscapes while German Kai Uwe Faust and Norwegian Maria Franz provide vocals, the former through dramatic Tibetan throat singing, the latter with soft, ethereal coos drawing on years of studying Norse techniques.

Heilung translates as “Healing” in German; the band’s goal is to disconnect from the artificial barriers of modern life and tap into a more universal tribal spirit, something all three have practiced from a young age. And while they’ve released three albums to date, it’s live that they really shine. More a ritual than a concert, their shows are already legendary, with their 2017 set at the Netherland’s Castlefest drawing well over a million views on YouTube. “We aim to alter your state of mind,” they’ve said. Their magic and mystery do precisely that.