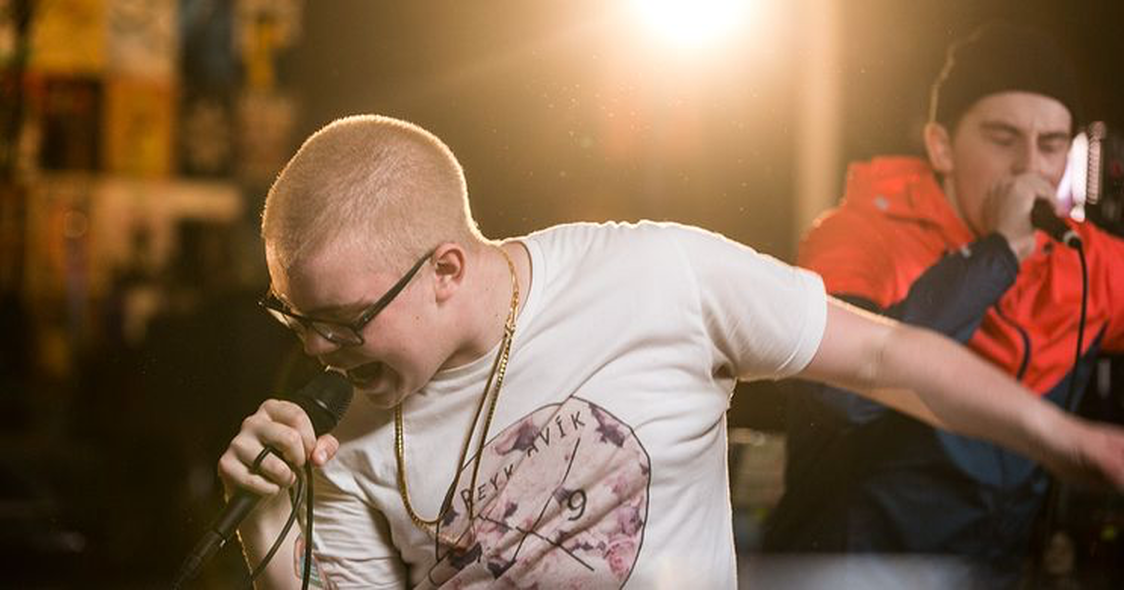 It’s all steam ahead for this rapper named after a bread spread. Herra Hnetusmjör (EN: Mr. Peanut Butter) is Kópavogur-born Árni Páll Árnason, who burst onto the scene in 2014 and was quickly proclaimed one of the rising stars of Icelandic hip hop with his skilful execution of style and flow. By his own admission, Herra Hnetusmjör never listened to Icelandic rap growing up, proclaiming it wasn’t “that cool”; indeed, he started rapping at the age of eleven as a joke.

Despite his subsequent success, this joking attitude has not left the rapper. In Iceland, such is Herra Hnetusmjör’s renown and talent for playfulness that even local producer H-Berg has a line of honey-infused peanut butter named after the rapper. So perhaps it’s no surprise that the acronym for his group, Kópbois Entertainment (KBE) is also the acronym for Knight of the British Empire. Herra Hnetusmjör plays with words in a deliberately funny manner and is happy to exalt the joys of youthful stupidity.

For all of Herra Hnetusmjör’s playfulness, his music is undoubtedly catchy with well-placed beats, and his more recent collaborative output has steadily taken a more emotional and serious tone. Collaborating with fellow hip hop artist Huginn, a track titled “Sorry Mamma” tells of trying to make his mother proud…

The musical evolution of Herra Hnetusmjör has surely just begun.