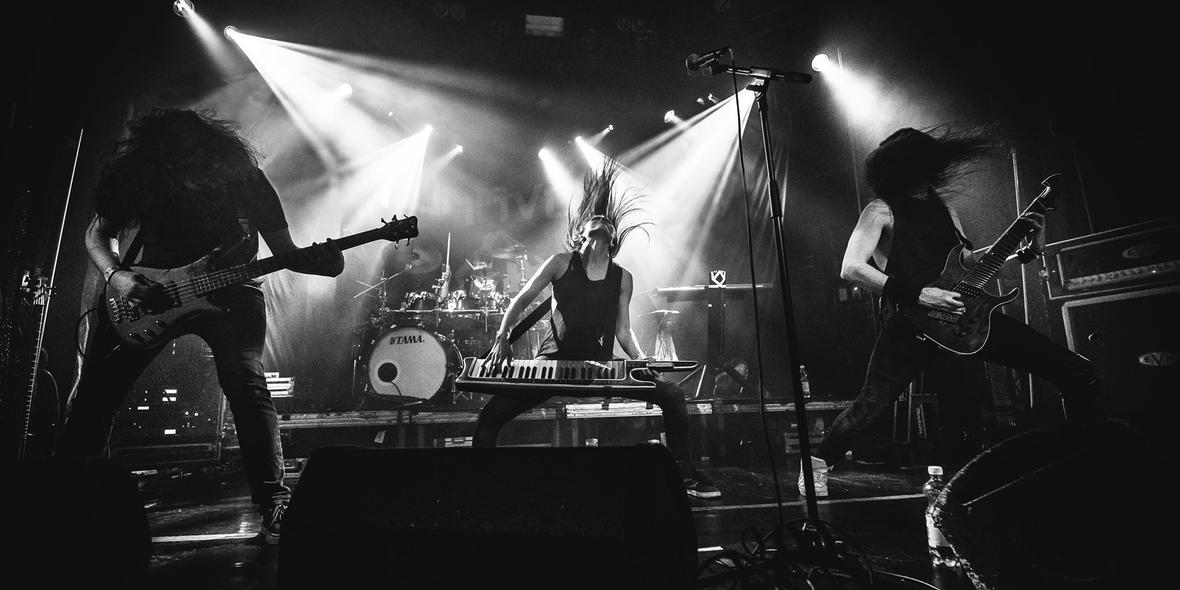 Sure, Humavoid are a metal band with a female vocalist, but anyone expecting another run-of-the-mill Nightwish clone is in for a surprise. Coupling angelic female vocals with brutal growling isn’t unheard of in metal circles, either, but you really haven’t heard it done like this before. Humavoid offer a glimpse of where metal is going, and they manage to do so without alienating the listener.

They’ve been together since 2013 and have put out a digitally released album and a couple of smaller releases. They seem to be comfortable stretching the boundaries of what is considered symphonic or progressive metal. Besides the darkness/light interplay between the two vocalists, the band features moody piano interludes, djent riffs that give Meshuggah a good run for their money, and top-notch musicianship all the way through. Talent and confidence shine through with their every move.

It’s fair to say that Humavoid really are progressive metal – not in the sense of 15-minute songs and flashy solos all over the place, as progressive metal so often means these days, but in the sense that they really seem keen to explore uncharted musical territories. Oh, and there’s something truly rock ‘n’ roll about a band that uses the keytar!

Electro / Germany
Ghøstkid
When you browse on this site, cookies and other technologies collect data to enhance your experience and personalize the content and advertising you see. Visit our Privacy Policy (updated 5/25/18) and Consent Tool to learn more, and make choices about the data used by us and our partners on the site. By clicking "Accept" or by continuing to use the site, you agree to this use of cookies and data.
En savoir plus ou s'opposer