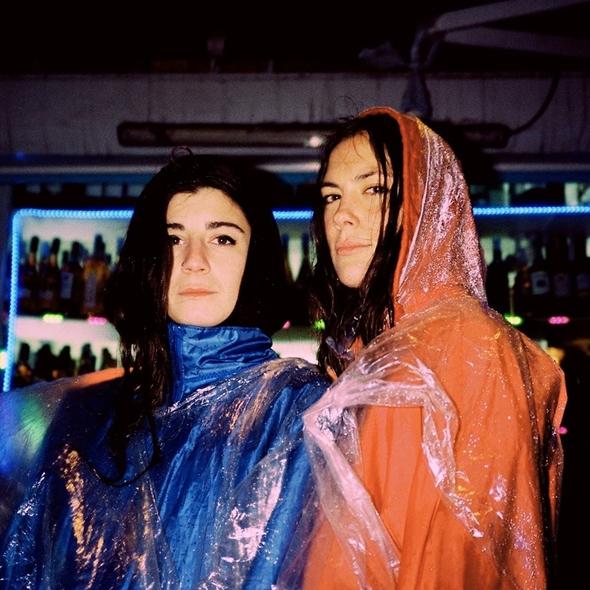 Composed of Julie Rens and Sasha Vovk, Juicy is a female power duo from Belgium that delivers nostalgia-infused futuristic R&B. Starting their career in 2016 playing parties in Brussels, they’ve built a name for themselves throughout Europe. Attracting loyal fans in major cities like Paris, Juicy’s hype is infiltrating ultra-hip dancefloors. With 2018’s Cast a Spell EP, mixed by Pierre Bertrand (Roméo Elvis and Le Motel), Juicy is among Belgium’s top rising stars in the R&B/hip hop world.

Tackling current issues is nothing new for Juicy. With single “Mouldy Beauty” off the Cast a Spell EP, they focused on female empowerment and, incorporating visual effects in the accompanying video, Juicy worked to promote body positivity. Similarly “Cast a Spell”, the last track on the EP, focuses on the amount of oppression women face in their daily lives. Their level of perception, intelligence, and ability to command stages through high-energy dance performances makes Juicy a tough act to beat. As the world pushes for more female representation, their timing is perfect for educating the masses.

Playlists
Play! Europe 2019
When you browse on this site, cookies and other technologies collect data to enhance your experience and personalize the content and advertising you see. Visit our Privacy Policy (updated 5/25/18) and Consent Tool to learn more, and make choices about the data used by us and our partners on the site. By clicking "Accept" or by continuing to use the site, you agree to this use of cookies and data.
En savoir plus ou s'opposer