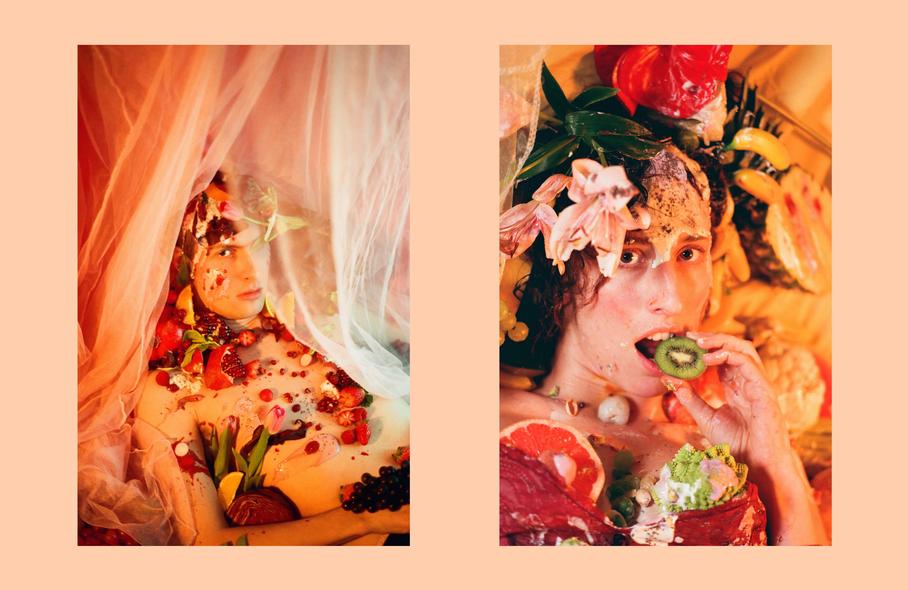 Kids n Cats are the synthesis of what pop should be: crazy, loud, eccentric and thought-provoking.

Kids n Cats pretty much appeared out of the blue when their first single, “Tip Tip”, and its accompanying music video, directed by artist Daliah Spiegel, were released in 2014. Since then, they have taken the world by storm.

They are loud, wild, chaotic and wonderful. Their eccentric videos full of internet absurdities, critical takes on gender norms and overall randomness soon grabbed the attention of international outlets like Papermag, which have given their popularity another push. But the real artistry in all of the craziness is that, throughout the past four years, their sound has stayed unmistakably coherent and inherently recognizable.

Lead singer Jeanne Nickels sings English and French to an upbeat electronic pop sound. Together with Peter Paul Aufreiter and Marten Kaffke they originally were a trio, but with the addition of the multitalented Maximilian Attender, who is a good keyboarder, drummer and singer, they now form a quartet.

In 2017, Kids n Cats toured the world with the the help of the Austrian support program New Austrian Sound of Music. With the concept of “11 countries, 11 songs“, they wanted to get to know studios in different countries, collaborate with local artists and be inspired to continuously evolve their sound. The first results of this project can be listened to: “France” feat. Nix and “Germany” off of their new album, 11 Tracks.

Kids n Cats are the synthesis of what pop should be: crazy, loud, eccentric and thought-provoking.

Top
TOP: Child’s play
When you browse on this site, cookies and other technologies collect data to enhance your experience and personalize the content and advertising you see. Visit our Privacy Policy (updated 5/25/18) and Consent Tool to learn more, and make choices about the data used by us and our partners on the site. By clicking "Accept" or by continuing to use the site, you agree to this use of cookies and data.
En savoir plus ou s'opposer