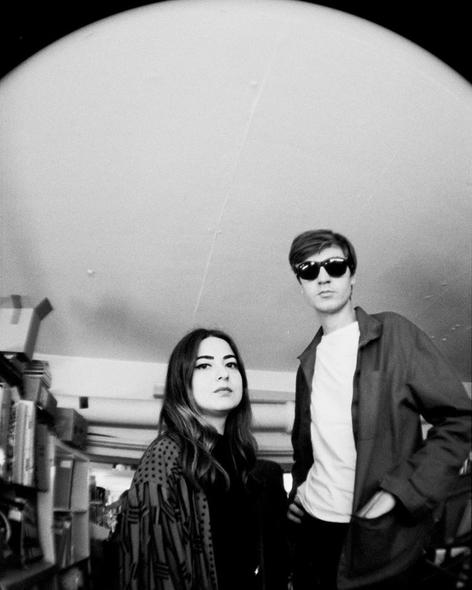 A journey beyond physical and sound boundaries

It is commonly accepted that good music knows no borders: a great, beautiful song from Mexico can sometimes find its way into the charts in Sweden (or, indeed, the opposite). But rarely has a group so embodied this universality of pop music. Kit Sebastian are a duo, based in Brighton (United Kingdom) and founded by the French musician Kit Martin and the Turkish singer Merve Edrem, drawing inspiration from Asian psychedelic compositions of the 60s and 70s. A melting pop, in short.

It’s a beautiful story, which began with fortunate encounters. That of Kit and Merve, of course, but also that of Kit, a fan of keyboards and 8 tracks, and owner of an impressive number of traditional instruments, with an English label and record store named Mr Bongo. One day, Kit went there, hoping to persuade the boss of the place to listen to his compositions. It was a good idea: Mr Bongo ended up releasing Kit Sebastian’s first album, ‘Mantra Moderne’. There couldn’t be a better title.

Their compositions are, like mantras, composed of languid, heady melodies, rhythmic repetitions of inspiring incantations. The production is very modern, sounding like today, but also a tribute to the spaghetti western (‘Senden Baska’) easily rubbing shoulders with jazz intonations/ The English language (‘With A Sense Of Grace’) seduces the Turkish language (‘Yürüdüm, Büyüdüm, Çürüdüm’). So many modern mantras, together they form the soundtrack of a beautiful journey through languages, ​​and our own minds.

A journey beyond physical and sound boundaries