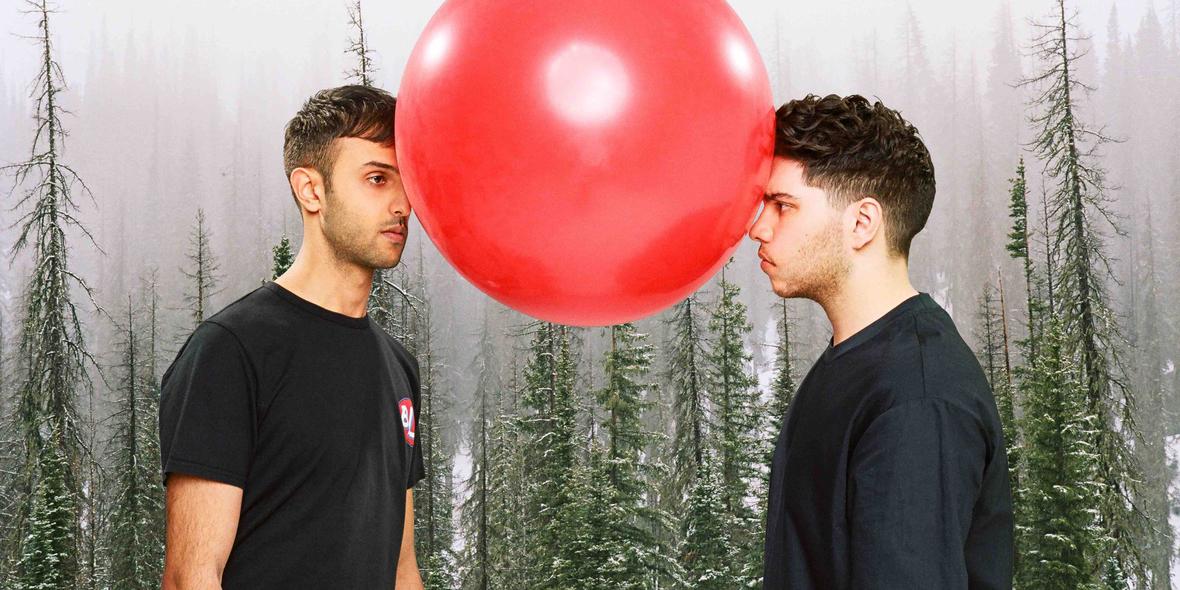 Klyne are proof that miracles do happen. The two 20-somethings, Nick Klein and Ferdous Dehzad, a singer and producer living in the Dutch city of Eindhoven, created a dance track called ‘Paralyzed’ and uploaded it to Soundcloud. The next morning Ferdous had to skip college for the day because his mailbox was bombarded with messages of praise. Two days later they received a call from Zane Lowe, who wanted to add the track to the playlist for his show on BBC Radio 1. Ferdous quit college shortly afterwards while Nick, the one with the soulful voice, traded his job as a fulltime pizzaiolo for that of a professional singer.

Klyne are often mistaken for being a British act. Maybe that’s because British dance duo Disclosure asked them to remix their track ‘Omen’, or maybe it’s because Klyne released their debut EP and forthcoming album, Because Music, through a British label, Aesop. Or perhaps it’s because they toured Europe as the opening act for British dance pop band Years & Years. Despite Brexit, all these ‘British’ references have done no harm. ‘Water Flow’, a track with a bittersweet melody and nightclub beats, was released in September 2016 and soon matched the popularity of ‘Paralysed’ on Spotify, with over two million streams. Just three months later they headlined shows in Paris, Amsterdam and London. Klyne may be a variation on the Dutch word for ‘small’, but they’re on track for bigger things.

Playlists
Play! Amsterdam calling
When you browse on this site, cookies and other technologies collect data to enhance your experience and personalize the content and advertising you see. Visit our Privacy Policy (updated 5/25/18) and Consent Tool to learn more, and make choices about the data used by us and our partners on the site. By clicking "Accept" or by continuing to use the site, you agree to this use of cookies and data.
En savoir plus ou s'opposer