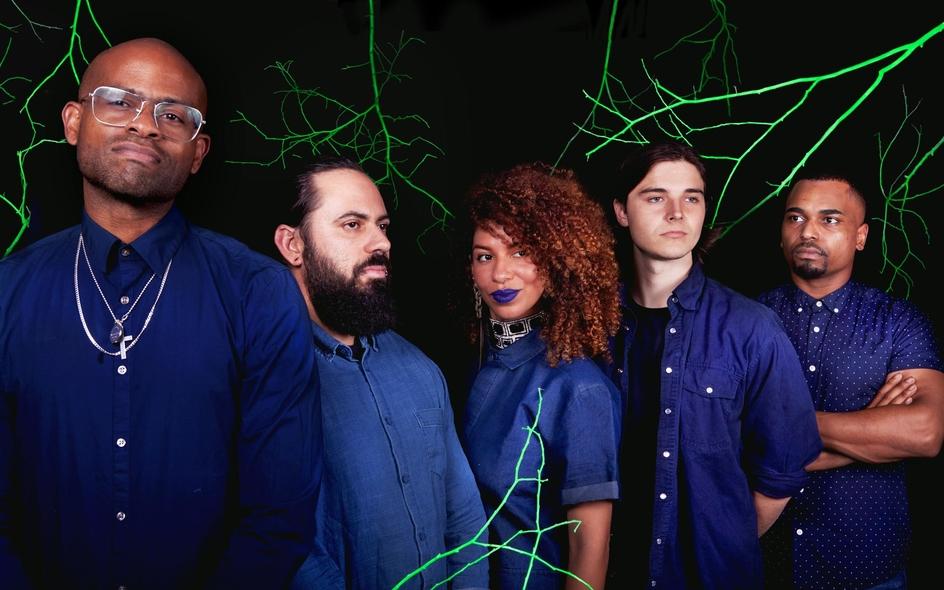 For the Amsterdam-based tropical bass band the past and future blend together. Kuenta I Tambu-whose name means literally “stories and drums”- have made an international name weaving the Afro-Carribean tradition together with dub, trip hop and dance music. The charismatic front duo Roël Calister (bandleader) and Diamanta Kock rap in both English and Papiamento creole language while the rest of the band fuses the percussive tambú rhythms with modern European electronic dance forms bringing them to ravey new levels.

In their Tambutronic (2013) debut album, Kuenta I Tambu put a modern twist on what was the centuries-old tradition of “tambu” music which traces its roots back to the slaves who were brought in Curaçao – the island where the bandleader Roël Calister was born and raised. The result is a unique “tambutronic” sound; a high spirited and freshly-shaped sound, perfect for the bone-shaking club parties!

“E Kalakuna” was the first song ever written by Kuenta I Tambu and, just fittingly, they decided to include it in their latest album, Rais, released in 2017. What is expected from them it’s there in this album: live recordings, sound samples, fluid and hypnotic melodies, rootsy atmosphere, danceable drum beats and a variety of new tempos. What many musicians hope for on their sophomore album, Kuenta I Tambu have achieved it.

Playlists
Play! Time for a Bloc Party?
When you browse on this site, cookies and other technologies collect data to enhance your experience and personalize the content and advertising you see. Visit our Privacy Policy (updated 5/25/18) and Consent Tool to learn more, and make choices about the data used by us and our partners on the site. By clicking "Accept" or by continuing to use the site, you agree to this use of cookies and data.
En savoir plus ou s'opposer