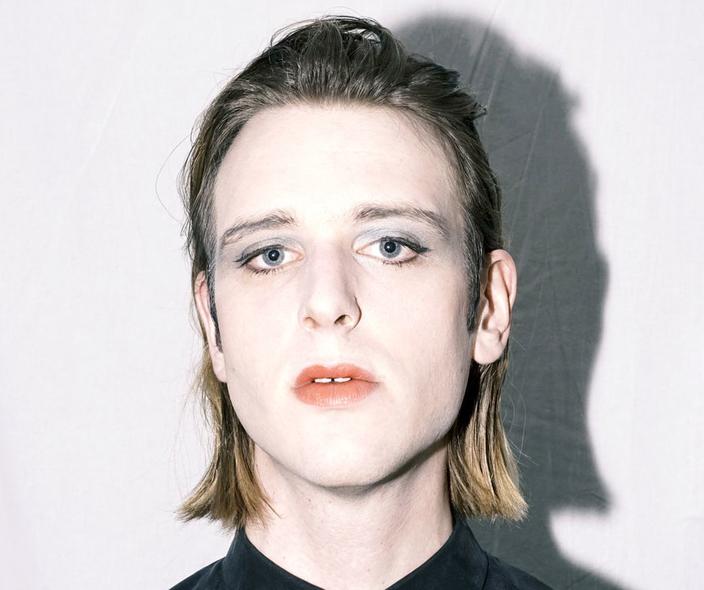 A self-styled, former fashion student, Stadler recently released his third LP ‘GA PS’, a self reflective odyssey that had injected more energy into his self sadness. As oppose to his previous LP, ‘Neo Romantic’, his latest release now features live drums, faster rhythms, and full, sonic song structures. “Here comes the sadness,” he sings on Bluescreen. “Here comes my love.” It all falls into the repertoire that defines his lo-fi, gloomy, existential look at the world, and nothingness at the same time. Whereas ‘Neo Romantic’, a brilliant album in its own right, felt more like an ode to Suicide, ‘GA APS’ has a more Bad Seeds feel, in which Stadler has been accompanied by members of other local post-punk acts Die Nerven, Human Abfall and Wolf Mountains, on his journey.

It was after a chance meeting with Anton Newcombe, of Brian Jonestown Massacre, that Stadler was invited to record the singles “Speedways” and “She’s Dancing” at his Berlin studio. From there, the lipsticked, glam-rock, post-punk Stadler grew further into the scene. Sounding half-way between Bowie and Curtis – a sound trajectory reflected by his recent cover of ‘Nightclubbing’ – Stadler’s unqiue look, and deep-gothic-music have set him aside as a unique talent in Germany’s electro-pop community.