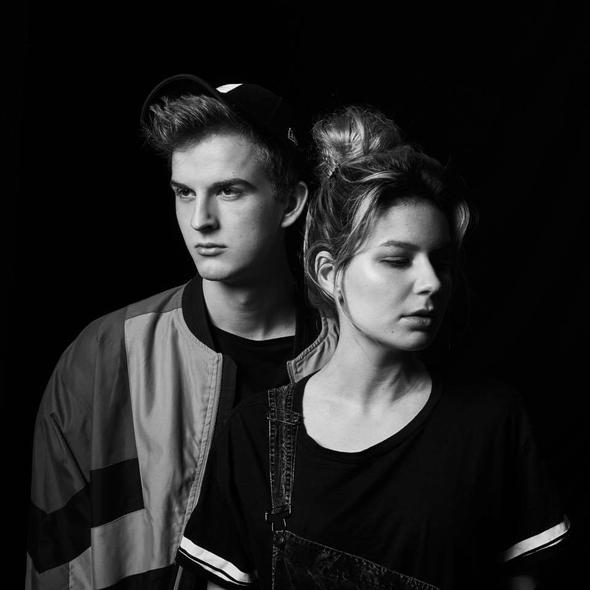 Young Polish musicians prove that their skills are not inferior to their peers from UK or the US, all while remaining authentic at the same time. At a time when hundreds of albums are released every day and new bands are created, it’s difficult stay up to date with everything. Linia Nocna (eng. The Night Line) shows that you can combine huge talent with awareness of what is happening on the worldwide scene.

Mimi Wydrzyńska (vocals, lyrics) and Mikołaj Trybulec (music, production) is a duo of young, but already experienced artists. They decided to join the forces together a year ago and thus Linia Nocna was created.

In March 2018, the band’s debut album, titled Znikam na Chwilę, was released. The album contains 12 songs sung in Polish, which is not the standard for young groups who often think about reaching foreign listeners with their music. All the more noteworthy is their extraordinary care for the lyrics of the songs. The wide stylistic spectrum — from electronic R&B and pop in the style of Mura Masa to ardent ballads — combines a common denominator in the form of refined lyrics. If Linia Nocna decided to record this album again but with English lyrics then who knows if their career would not have reached worldwide level by now.

It should be appreciated that the duo decided on Polish lyrics which are not only difficult to write, but also to sing. What’s more, Linia Nocna combines inspirations of the latest trends with the accomplishments of Polish music. For example, their cover of “W Moim Ogrodzie”, a reggae-influenced hit from 1987 by the band Daab or “Nad Wisłą”, their track inspired by a well-known song, “Jestem z Miasta”, from 1992 by Elektryczne Gitary. Linia Nocna pays tribute to Polish music and shows how strong their relationship with it is.

Znikam Na Chwilę, the duo’s debut album, is one of the most interesting Polish releases combining pop and electronics. Linia Nocna did its homework, not only composing catchy, energetic songs, but also writing heart-grabbing ballads in which Mimi Wydrzyńska shows her talent for songwriting. Songs like “Tak Jak My” (with guest appearance by Buslav) and “Gdzie Ja Jestem” are items worthy of comparison to the work of well-known artists like Mura Masa, Ta-ku or Flume.