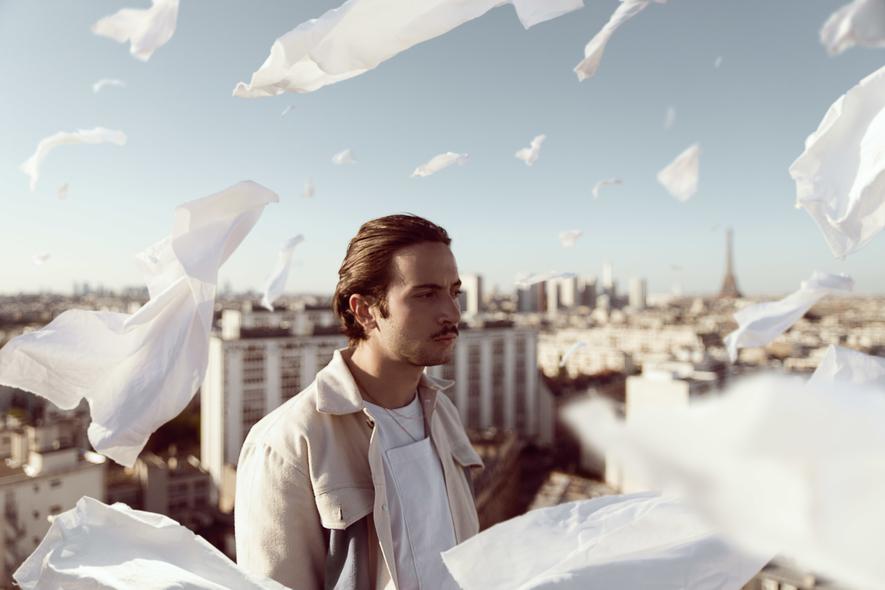 Meet the rising star of the Paris hip hop scene

Hope is what defines Lord Esperanza: not only has he decided to put it in his alias (Esperanza means hope in Spanish), but this quality is also conveyed by the title of his new album, Drapeau Blanc (white flag in English), released in May 2019. This title clearly echoes Drapeau Noir (Black flag), the first project he ever released in 2017. His résumé has now developed into a long list of collaborations and solo releases. Even though Drapeau Blanc is described as his first proper album, it was preceded by many other mixtapes and EPs including Polaroïd (2017), #LordEsperanzadanstaville (2018) and Internet (2018), with beatmaker and producer Majeur-Mineur.

Born in Paris in 1996, Théodore Desprez aka Lord Esperanza was introduced to art, music and literature by his parents. His passion for poetry started at a very young age and didn’t stop when he discovered hip hop in his teenage years. In 2010, when he was still underage, he posted on YouTube his first rap songs and his talent was obvious even back then. Nine years later, two years after his first release, his lyrics are more mature than ever on Drapeau Blanc. Surrounded by interesting melodies, they deal with universal themes such as love and the search for happiness, but Lord Esperanza also expresses topics which are more personal to him, like childhood memories and inner fears. His sincere points of view, his striking flow and his subtle music make him one of the most convincing up-and-coming artists in the French rap scene.

Meet the rising star of the Paris hip hop scene

Hip-hop / Ukraine
FO SHO
When you browse on this site, cookies and other technologies collect data to enhance your experience and personalize the content and advertising you see. Visit our Privacy Policy (updated 5/25/18) and Consent Tool to learn more, and make choices about the data used by us and our partners on the site. By clicking "Accept" or by continuing to use the site, you agree to this use of cookies and data.
En savoir plus ou s'opposer