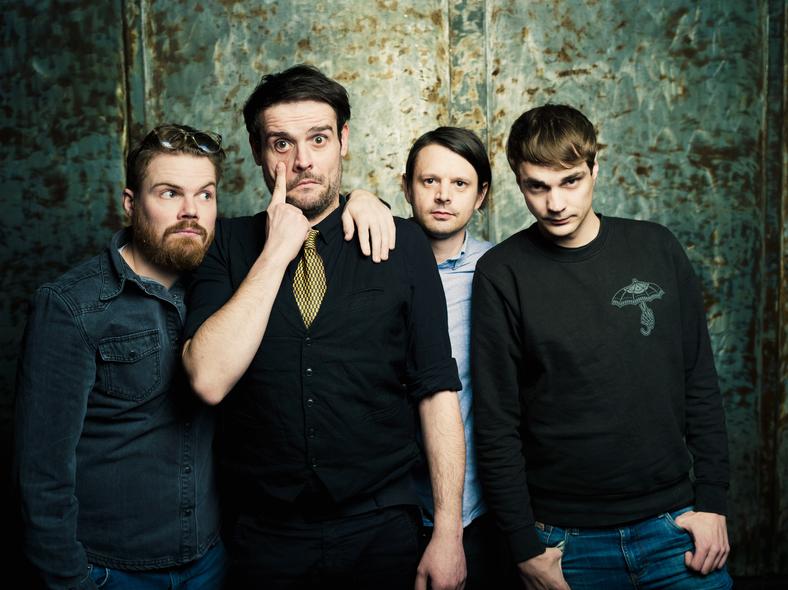 Beneath their dark exterior and black shirts, lies sadness and woe. Stomping around the stage with power chords, chest bursting energy, this German punk rock act sign from the bottom of their soul, and out through their very hearts. If Turbonegro wrote existential love songs, they would sound something like this.

Formed in 2010, the German rock troupe is already on album number four – Nichts ist Neu (Rookie Records). An album of beauty and despair. Featuring the singles ‘Nichts ist Liecht’ (‘Nothing is Easy’), and the Joy Division sounding ‘Die Anderen’ (‘The Others’) the statesmen paint, melancholic, sonic-images of pain, through their upfront stageman-ship, and tight guitar riffs. They may have toured the various, and diverse rock clubs of Germany, but their international calling is beckoning – as long as you can fall head first into their lyrics. Feeling, instead of hearing.

Author and musician Dirk Bernemann likens the band to a scene in a film Noir, “Something explodes. Someone is screaming…and music like slanting architecture, in which you can not go past.” Interpol-like guitar playing, heavy riffs, and a poetry of raw emotion that will make you fall in love, and throw your beer at them – all the same time. What’s not to love?

Rock / France
The Psychotic Monks
When you browse on this site, cookies and other technologies collect data to enhance your experience and personalize the content and advertising you see. Visit our Privacy Policy (updated 5/25/18) and Consent Tool to learn more, and make choices about the data used by us and our partners on the site. By clicking "Accept" or by continuing to use the site, you agree to this use of cookies and data.
En savoir plus ou s'opposer