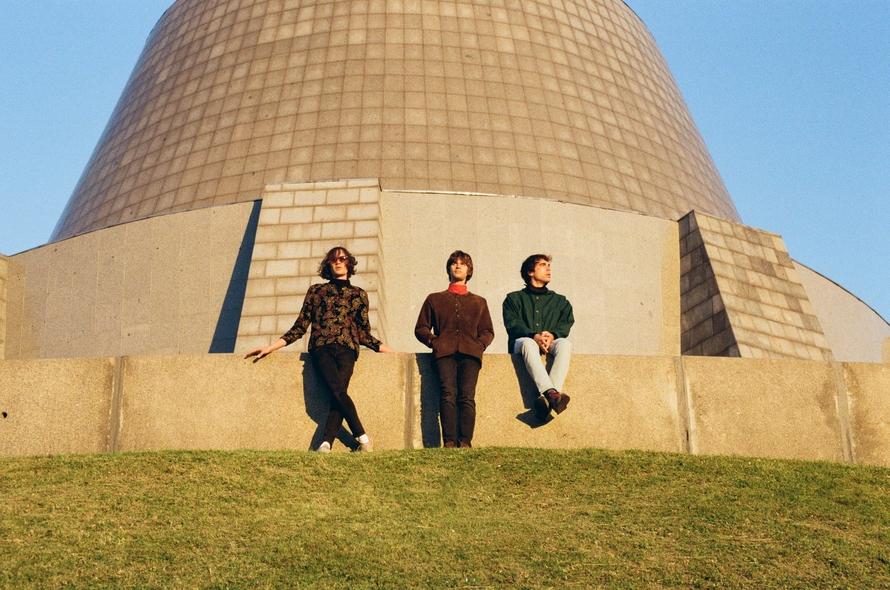 Fittingly for a band tapping into what they perceive to be the journey of “tribal collective unconsciousness” represented by 70s psychedelica, Love’n’Joy have had quite the journey themselves. Originally formed back in 2008, the Ukrainian band went through a transition several years later when the first incarnation disbanded, leaving singer and guitarist Anton Pushkar to carry on alone. But in 2015, he met Andrii Sukhariev (bass) and Sergey Zlobin (drums), and the band was reborn – since then, they’ve continue to spread their message of, well, love and joy, amassing a mountain of acclaim and fans in the process.

Their music has a dreamy quality, and harks back to the golden age of 60s and 70s British pop and trippy psychedelica. But there’s an element of hard rock too – they count Jimi Hendrix and Led Zeppelin among their influences – and plenty of guitars, which lend a rougher edge; as they themselves say, they want to “express the spirit of a new, resurgent Ukrainian rock music.” Think of them as a modern indie jam band, happy to let songs bloom into great, hazy clouds while letting their trademark riffs lock into deep grooves and chug along.

“Psychedelic music digs into some of the deeper levels of our existence,” Pushkar has said, and the band also use music as an escape, finding solace away from regional tension and political upheaval. Positivity is their watchword – we are all one – and they preach a valuable message; right now, we could all use a little more love and joy in our lives.

Streaming
More about Love’n’Joy
When you browse on this site, cookies and other technologies collect data to enhance your experience and personalize the content and advertising you see. Visit our Privacy Policy (updated 5/25/18) and Consent Tool to learn more, and make choices about the data used by us and our partners on the site. By clicking "Accept" or by continuing to use the site, you agree to this use of cookies and data.
En savoir plus ou s'opposer