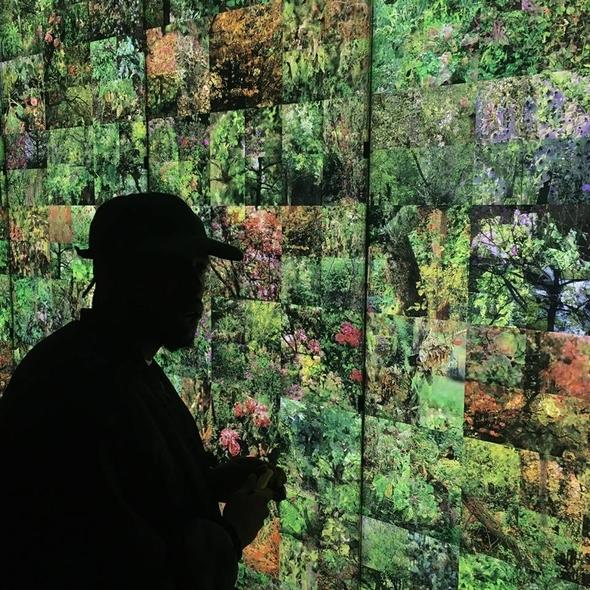 Hip-hop music relies mainly on the foundation created by the fundamental dichotomy of repetition and novelty. This is a multi-level task, comprising from the producers’ agony to maintain a semblance of recognition for being creative with sampling while also utilizing analogue techniques, to the new rappers’ wish to create unconventional song structures and push the boundaries of lyrical delivery. Within this scope, Switzerland’s hip hop scene (e.g. check KT Gorique, Di-Meh, Slimka) is growing steadily and Makala is one of its torchbearers.

The young rapper with the Congolese roots who grew up in Les Avanchets in the suburbs of Geneva, came to our attention in 2013 with his debut album, La Clef. Since then he joined the Superwak Clique along with fellow rappers Di-Meh, Slimka and others with whom Makala regularly creates music.

His latest album, Gun Love Fiction (2017) maintains the elements that, either way, always fuelled hip-hop like the constant bass sound, the gritty samples, and the kick/snare combination. But it goes further than this: it borrows heavily from 70s funk, classic soul, late 90s breakbeat aesthetics, and postmodern alt-culture tying it together with clever beats. And this sums up Makala’s whole philosophy as a rapper: keep the cultural heritage and follow your creative impulses; at the same time.

Playlists
Play! No Brexit for The Great Escape
When you browse on this site, cookies and other technologies collect data to enhance your experience and personalize the content and advertising you see. Visit our Privacy Policy (updated 5/25/18) and Consent Tool to learn more, and make choices about the data used by us and our partners on the site. By clicking "Accept" or by continuing to use the site, you agree to this use of cookies and data.
En savoir plus ou s'opposer