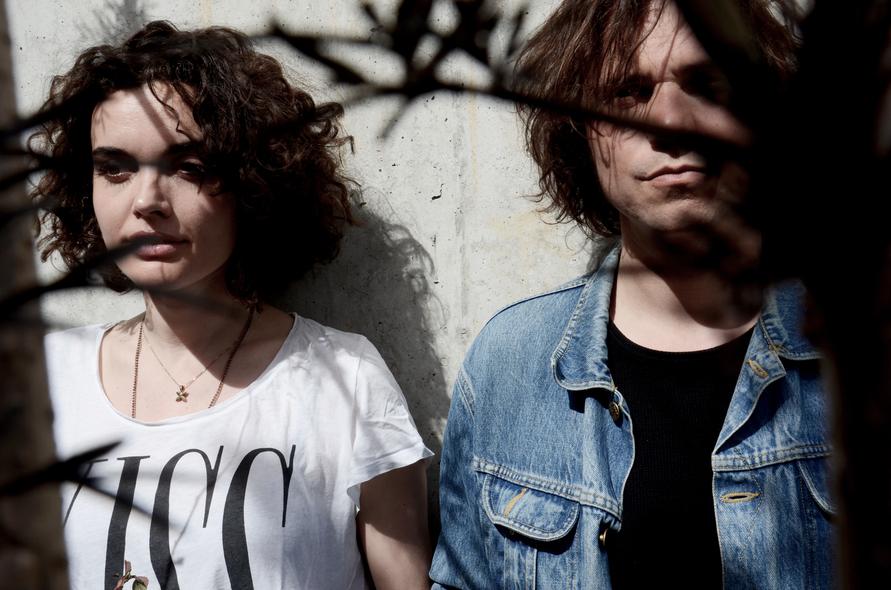 Folky, grungy and sexy – this is Alpine blues.

There’s a place in the Swiss Alps where people speak a strange language called Romansh, which is spoken by only 60,000 people. Among these mysterious specimens is Roland Scandella, singer-guitarist of Me and Marie. Nowadays he mainly sings in English but the music he writes with his partner, singer-drummer Maria del Val, still bears a similarity to his birthplace in that it’s as rough and pure as a snowy mountain.

To compose their debut, One Eyed Love, Scandella and del Val locked themselves away in a small isolated cabin. In this confined space they shared instruments and vocals to create their Alpine blues: a blend of folk, rock and grunge that is now finding its way across borders, especially in Germany where the duo recently settled and started playing live shows, including an appearance at the Reeperbahn Festival.

In Me and Marie’s songs, you’ll be shaken by rock riffs, moved by sweet melancholic arpeggios, touched by perfectly harmonized vocals. It’s soft and wild all at once, just like a winter storm.

Folky, grungy and sexy – this is Alpine blues.

Business
Best in Class: Marc Ridet (Swiss Music...
When you browse on this site, cookies and other technologies collect data to enhance your experience and personalize the content and advertising you see. Visit our Privacy Policy (updated 5/25/18) and Consent Tool to learn more, and make choices about the data used by us and our partners on the site. By clicking "Accept" or by continuing to use the site, you agree to this use of cookies and data.
En savoir plus ou s'opposer