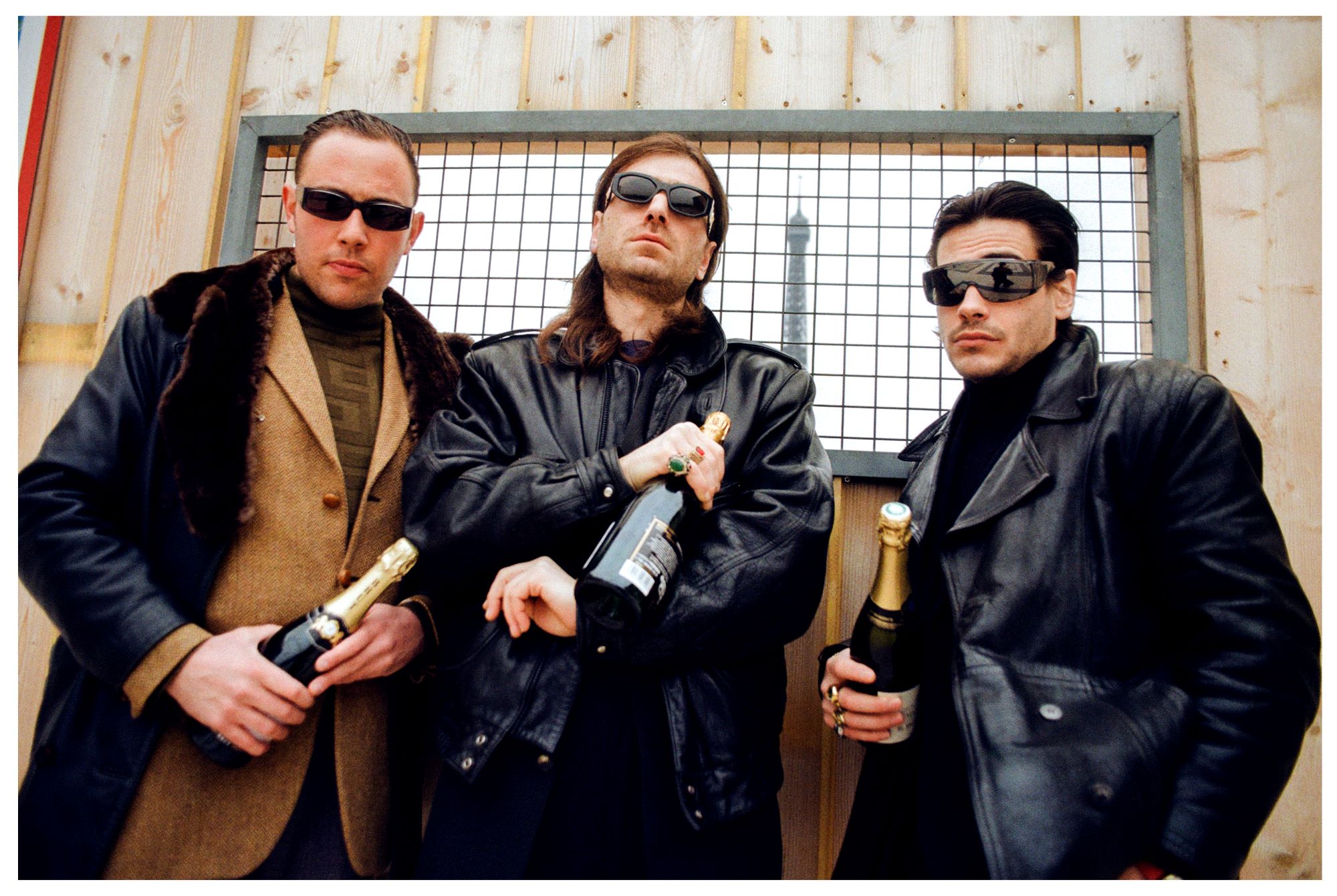 " An intriguing trio with a liking for mystery and psychedelia "

If you believe in fairytales, you will probably love the wild story of Murman Tsuladze and his two cousins, Zauri de Makhatchkala and Aristophane Krikor Berdzenishvilli. The Paris-based, thick-eyebrowed trio is led by Murman, a mythical hero, crooner and poet who sells magic carpets for a living. Supposedly.

Of course, you may decide to laugh at their frantic resume full of incredible adventures. Or you can choose to follow their epic journey and listen to their exotic music, straight from a fictitious country somewhere near the Black Sea or the Caucasus. As you might have guessed by now, these three musicians with black sunglasses have taken aliases for this project, which emerged in 2019. Their amazing introductory song was called ‘La flemme de danser’, mixing electro beats with synths, Anatolian rock and lyrics in Georgian. In fact, they do have origins in Georgia and Spain, but they come from France. One of them used to be a member of the famous French collective La Femme.

Murman Tsuladze’s first EP, ‘Abreshumi’, was released in 2020. A new EP, ‘Aperist’, Was revealed in March 2022, with singles like ‘Darling’ (a synth-pop track sung in English) and ‘They Closed the Roads’ (an oriental pop song with their trademark Georgian voice). Their career started just before the pandemic, so they have not been able to play many shows yet. They will soon make up for lost time, though, with a long tour across Europe. The legend of Murman Tsuladze is in the making.