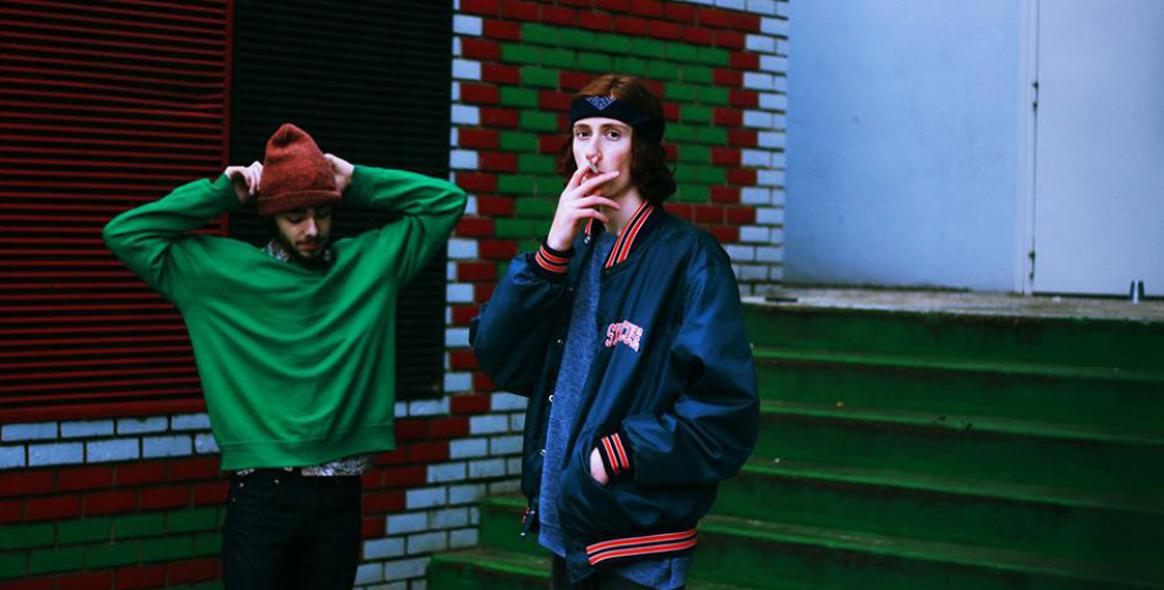 The unpredictable encounter between rap and electronic music.

Don’t be fooled by their teenage faces – these two know exactly what they’re doing. Or at least, they experiment and do it pretty well. With daring and aplomb, Nusky & Vaati are pushing the boundaries of French rap.

They met in 2014, after Nusky had listened and loved one of Vaati’s productions and contacted him over Facebook. Two mixtapes soon followed, with each one of them playing his part. Nusky, the rapper, crafts the lyrics, while Vaati, the producer, creates the beats. Traditional rapper clichés don’t suit Nusky, as evident from the videos, devoid of fancy cars, muscles, bling and submissive girls with ample bosoms. He’s a thin, pale boy, given his moniker by his friends due to its paucity, who talks about love and disillusion. The flow is freeform – sentences don’t always rhyme, verses don’t necessarily have the same length –, just like the music, with the duo putting an emphasis on melodies and leaving plenty of room for electronic experimentation where the keyboard is king.

When interviewed in 2014, Nusky and Vaati defined their music as “soft” and “sticky”. When it comes to their latest EP, their description is quite different: they call it “shiny, flaming and energetic” – proof that they’re too independent to be pinned down in any particular music category.

The unpredictable encounter between rap and electronic music.

Electro / Belgium
Glauque
When you browse on this site, cookies and other technologies collect data to enhance your experience and personalize the content and advertising you see. Visit our Privacy Policy (updated 5/25/18) and Consent Tool to learn more, and make choices about the data used by us and our partners on the site. By clicking "Accept" or by continuing to use the site, you agree to this use of cookies and data.
En savoir plus ou s'opposer