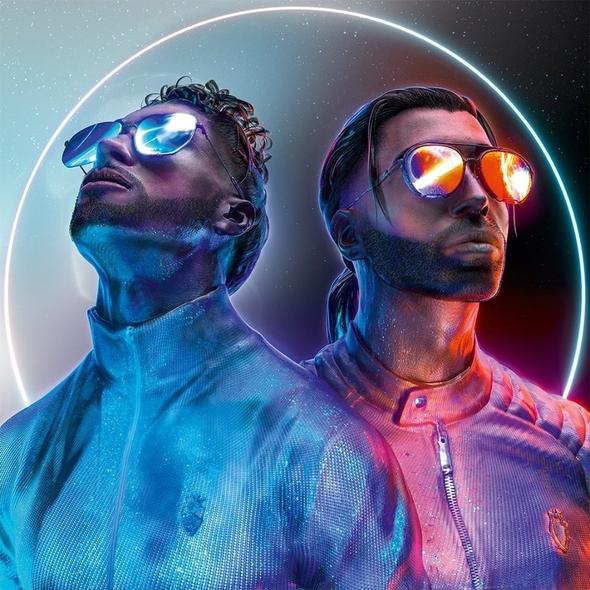 “QLF”, standing for Que La Famille (“only family”) is the motto behind each song made by these two, and it has been true their entire explosive career. The elusive brothers from the Parisian suburb of Corbeil-Essonnes decline all interviews and public appearances. They haven’t performed at all in 2016 and have self-produced their records. They certainly have the skills, but their secrecy has become inversely proportional to their success – their third record went platinum after only two weeks.

Tarik aka Aderno and Nabil aka N.O.S. united under the PNL (Peace ‘N’ Love) acronym in 2014. After several online videos, they met with success with the track ‘Le monde ou rien’ (“the world and nothing more”), which has hit over 60 million views on YouTube by the end of 2016. But this was just the beginning. Their first EP, released in 2015, was quickly followed by another in October the same year. Le Monde Chico soon went gold thanks to self-produced videos shot all around the world.

With Dans la légende, released in September 2016, PNL definitely drove their point home, becoming popular despite remaining anonymous. Aderno and N.O.S are perfecting their unique cloud rap with lyrics that break from the gangsta rap tradition. They address more intimate and personal issues via auto-tuned vocals. The result is often melancholic, bringing to mind soaring, plaintive techno. The world belongs to them, and that’s not just a tagline: PNL has recently been booked by the gargantuan American festival Coachella, a proof that the conquest in on.

Features
Refugee star, in memory of Charles...
When you browse on this site, cookies and other technologies collect data to enhance your experience and personalize the content and advertising you see. Visit our Privacy Policy (updated 5/25/18) and Consent Tool to learn more, and make choices about the data used by us and our partners on the site. By clicking "Accept" or by continuing to use the site, you agree to this use of cookies and data.
En savoir plus ou s'opposer