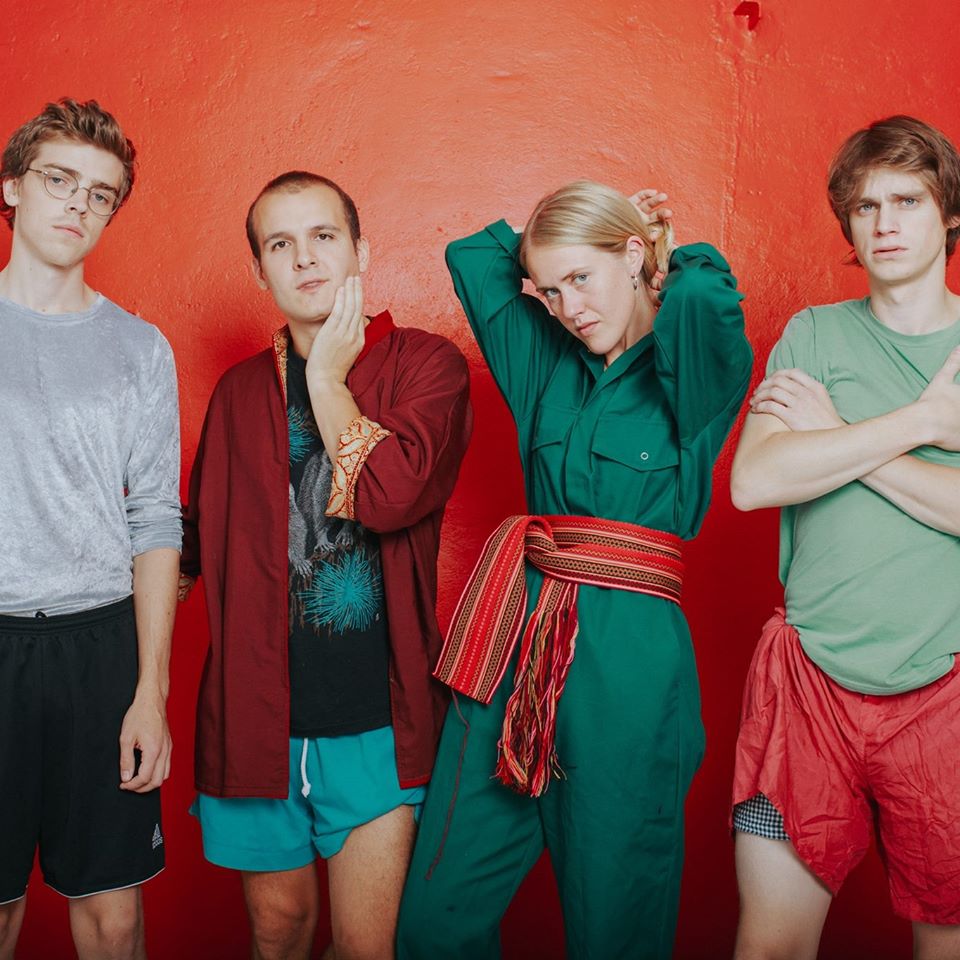 " Noisy, sugar-coated pop punk that’s as weird as it is brilliant "

If ever there was a song that summed up a band, it’s Pom Poko’s ‘Crazy Energy Night’, the lead single from last year’s debut album. Not only is it an apt title for the Norwegian quartet’s “pure punky sweetness”, musically it encapsulates their eclectic, colourful approach to composition. Opening with a cowbell, there are pounding drums, overdriven fuzzy guitars, and math rock riffs. There’s even a tempo change. “There are so many different things happening and we do it without thinking too much,” they said last year by way of explanation.

Borrowing as much from the proggy weirdness of Battles as the sweet melodies and poetry of The Sugarcubes, Pom Poko’s music is a rich, riveting stew that’s part jazzy rock, part arty avant-pop, and 100% glorious. Signed to legendary label Bella Union after wowing head honcho Simon Raymonde in a tiny club in Oslo, they fizz with energy and invention – and that’s just on the records. Live, they’re a tour de force: manic, slightly unhinged, yet with a pop polish that grounds everything in amazing tunes. “They’re both physical and cerebral,” says Raymonde, “like The Slits crossed with the Pixies.”

New single ‘Like A Lady’ is equally captivating and gives a glimpse of what the band have in store for album number two – music that’s a little more rounded and assured, but every bit as exciting. It’s a sugar rush of brilliant pop-punk and further evidence that Pom Poko might very well be Norway’s best band.