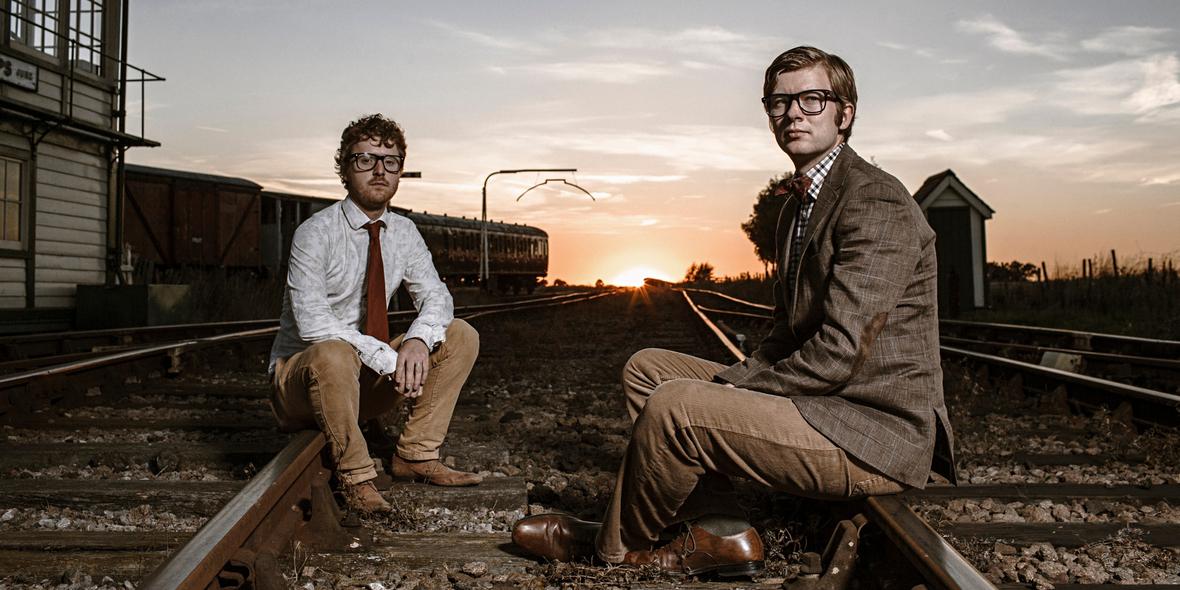 Teach the lessons of the past through the music of the future.

Imagine your old history teachers, making infectious prog-rock in their spare time, using ridiculous pseudonyms to hide their real identity, and dressing in the most outrageous, British costume pieces. Once you have that image in your mind, then you have Public Service Broadcasting.

Using samples from public information films or the British Film Institute, incorporating particular thematic narratives throughout different records, PBS dictate particular moments of history through their unique pastiche of vocal sampling, and noodly, prog-guitar-funk. It’s like history lessons, but more fun with a bunch of middle-aged men who dress like your dad.

J. Willgoose Esq. plays the headmaster in these proceedings – a dapper, British multi-instrumentalist who began playing with cinematic samples in the London pub scene. Playing on histrionics, he formed Public Service Broadcasting into an incidental band that played on hauntology, while turning his act that would relay history into a modern, retro-context. Something he states that would “teach the lessons of the past through the music of the future”.

Now with a another, aptly well dressed member Wrigglesworth on drums and electronics, JF Abraham on bass, and live visual artist Mr. B, the act have become, the very essence of a touring, historical, rock preservation act. And this is what makes them so unique, and yet traditional.

Having struck a relationship with the British Film Institute, Willgoose Esq. started to thematically create music built on select epochs of history. Debut EP The War Room draws on samples and footage from World War 2, whereas The Race for the Space Race, as you guessed it, features and plays with, select audio from NASA. The sampling is used to such a degree, that it dictates the melody, and instrumentation in a way that is rarely used in todays live music scene.

As the act have expanded, so have their horizons. Currently Willgoose Esq. and co. are putting together a record about the deindustrialization of the Welsh coal mining community featuring Camera Obscura’s Tracyanne Campbell on vocals. Retro-futurist to the core, while embodying cultural motives that have defined our modern history, Public Service Broadcasting are both an entertainment, and a hark to the past. School’s out everybody.

Teach the lessons of the past through the music of the future.