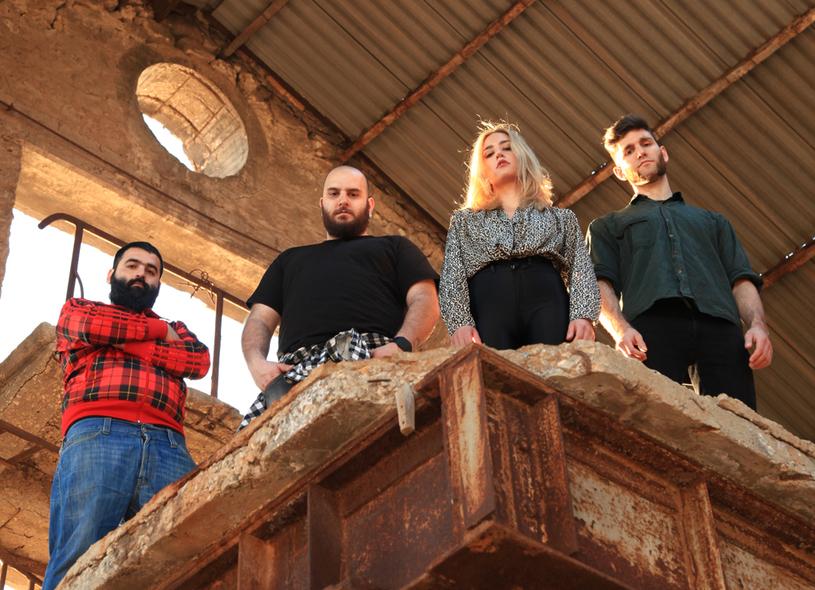 Let’s face it. The heavy rock scene has always been a boys club. Maybe it was the cliché hyper-masculine look that the blood-sweat-and-tear-drenched and ear-splitting sound needed in the first place that held little room for female voices. Thankfully, much has changed in this world in the last decades, but, even so, now the majority of female voices featured are high-pitched or operatic so we can still talk about clichés but from a different point of view. And then something happened; a heavy rock band comes along with a female singer that bears the flag for clean-and-yet-badass singing desert rock. Their name is Puta Volcano. Her name is Luna and onstage she’s like a queen tarantula ready to maul every note and transform it into stoner rock musical experience.

To get things straight, Puta Volcano doesn’t add anything new to the familiar alt-rock/psyche-garage/desert rock formulas (and just to ask rhetorically, can there be anything new?) but is what most bands out there are trying to be: interesting; catchy and not forgettable.

The band began performing eight years ago. They released their first EP Represent Victory Below Eye in 2011, with the Grammy-nominated Chris Tsagarides as their producer, and, since then, their fan base is growing, especially after their two LPs, Sun (2015) and Harmony of Spheres (2017), and also thanks to their head-smash gigs. I listen to their latest album, again and again and I keep thinking: has Josh Homme ever listened to them? Well, he should.

Playlists
Play! Athens Calling
When you browse on this site, cookies and other technologies collect data to enhance your experience and personalize the content and advertising you see. Visit our Privacy Policy (updated 5/25/18) and Consent Tool to learn more, and make choices about the data used by us and our partners on the site. By clicking "Accept" or by continuing to use the site, you agree to this use of cookies and data.
En savoir plus ou s'opposer