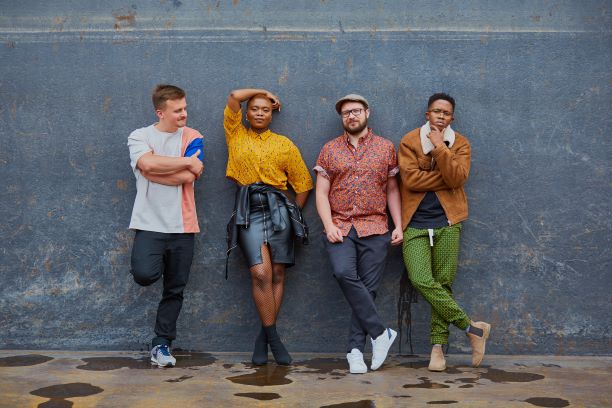 With a band split between Africa and Europe, it perhaps was inevitable that the cross-cultural coalescing would result in something quite extraordinary. The group started out at Cape Town’s University, centred around founding member and German exchange student Seba Schuster, alongside vocalists Zoe Modiga, and Ndumiso Manana. The group would eventually incorporate Phillip Schiebel as their fourth member, whose Stuttgart studio became their home base for the recording of albums ‘Thina’, and 2020’s standout LP, ‘Konke’.

Featuring African percussion and vocal sounds, combined with European and jazz harmonies, and hip-hop and electronic elements, Seba Kaapstad’s music takes on board a multitude of global influences. Yet, beyond their pan-continental style, it is the band’s ideological narratives that stand out. Their multilingual lyrics focus around themes of optimism and unity; the title of the band’s second album directly translates to ‘Us’ for instance. 2020’s ‘Konke’ is a more impassioned, upbeat soul album that again talks about the nature of cross-cultural collaboration, while also weaving in deeper themes centred around the self. It’s these types of tropes that have led to some direct comparisons with the likes of SAULT – which can’t be a bad thing.

Their most recent album, ‘Konke’ has been a landmark release for the band. Featuring American vocalists Oddisee and Georgia Anne Muldrow, the record was highlighted on Bandcamp Daily, and Gilles Peterson’s Worldwide radio show. Its melodic, multi-instrument grooves, beats and gentle nods to the classic era of jazz, making it a sublime and wholesome listen, befit for our modern era. Playful, imaginative, yet forceful and strong, it exemplifies all the things that make Seba Kaapstad great, while still managing to be a conscious, and deeply introspective body of music.

by Dan Cole / 09 Apr 2021
Send a message to
Now playing!
The best of Pop music by Europavox
Featured playlists
Select your player