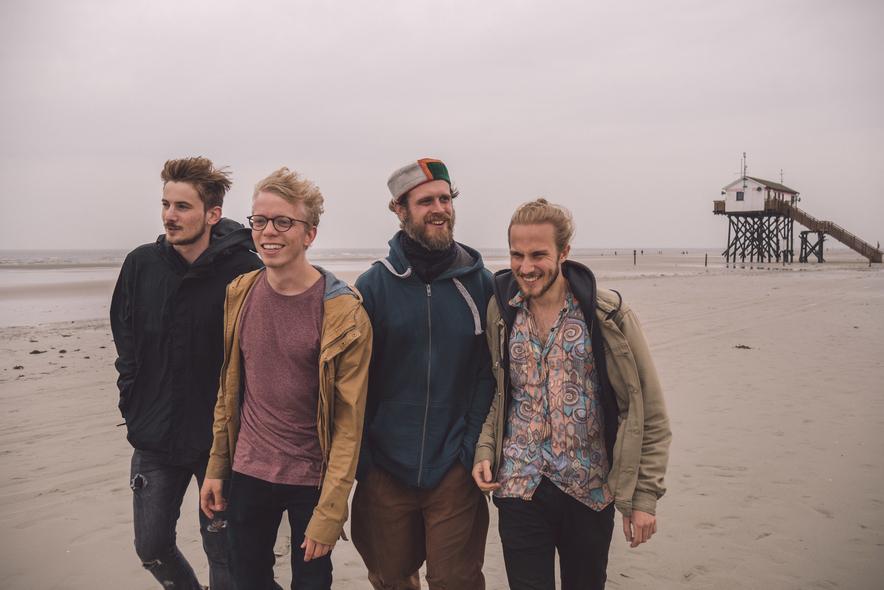 Luxembourg five-piece Seed To Tree have a tight bond, the type that only exists between those who’ve been friends since school. It was there that they came together over a shared love of music, and while the band took slightly longer to come into being, the wait has been more than worth it. Originally grounded in folk traditions, their music has developed an indie pop and rock sensibility over the years, moving closer to a modern, Fleet Foxes type style without losing the friction that made them such an interesting proposition in the first place.

Haunting, thought-provoking lyrics, sweeping melodies, and stylish synthscapes are the hallmarks of their glorious tunes, the type of soft sheen indie rock that sounds perfect when the sun’s setting and you’re hanging out with friends. But it’s not all quiet guitar and gently bustling drums – they can do atmospheric folky shoegaze and darker, more dramatic swirls too; just listen to “I Wouldn’t Mind” or “Comfort Me” for proof. Then there’s “All Night Long”, a track that borrows more from Thom Yorke than it does from Mumford & Sons.

Their sound has taken them all over Europe, from acclaimed performances at Reeperbahn and Jardin du Michel to support slots with indie titans such as Beirut, Temper Trap, and Kodaline. New album Proportions – released in March – sees them develop their music into something deeper and richer that ponders some Very Big Questions, and is sure to cement their status as one of the best and brightest indie folk groups on the circuit.