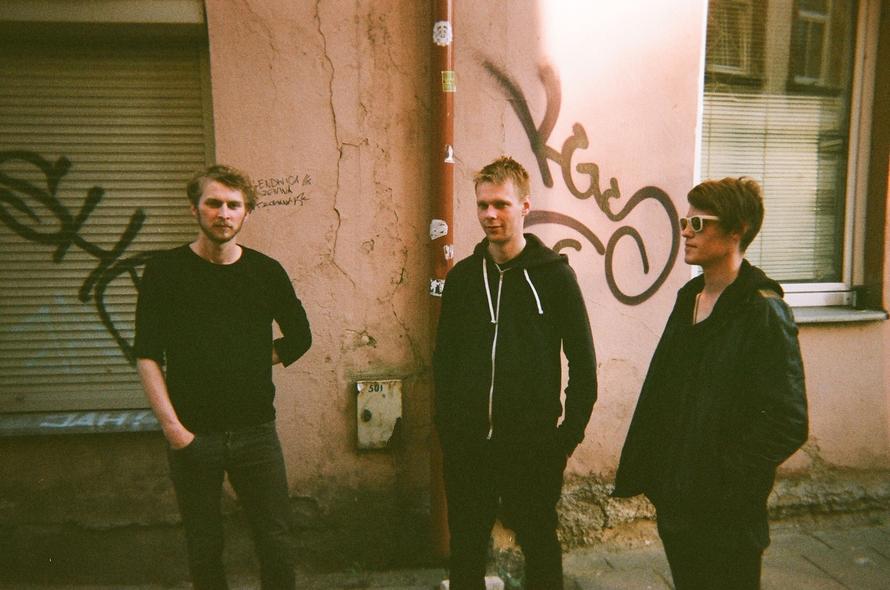 Intense, inventive punk jazz with a touch of humour.

“What a strange name” is a something that Sheep Got Waxed have heard more than once. Well, the name sounds pretty simple, compared to this Lithuanian trio’s music. “The new weird” is how they describe their music, and, for once, we tend to agree. Formed by students of Lithuanian Music and Theatre Academy, this band started making word-of-mouth buzz at the beginning of this decade, performing jaw-dropping gigs full of noise and unusual musical ideas. Employing guitar, drums, sax and electronics, they first caught attention of jazz festivals, but it’s safe to say their music evolved far beyond borders of one genre.

In 2013, they recorded music for local theatre adaptation of well-known Fight Club book. That CD is now very rare and sought by collectors. However, it’s self-titled album, released a year later, that Sheep Got Waxed consider their real debut release.

The release immediately got noticed by well-known international industry players – Sheep Got Waxed got nods of approval from both Artemiy Troitsky (Russia’s leading rock critic) and Grimur Atlason (who runs Iceland Airwaves festival). The band’s mixture of jazz, punk, metal, rock, electronica and even shades of heavy metal won invitations to play in Latvia, Estonia, Russia, France, UK, Denmark, China and the Netherlands (including well-known Eurosonic, Tallinn Music Week and MENT showcase festivals). Oh, and they also got nominated for Best Alternative Act at Lithuania’s most important music award ceremony M.A.M.A. – an achievement that made these guys laugh a bit (they didn’t win, of course).

A sophomore effort Pushy followed in 2016. It showcased even wider experiments with sound, with some of the music sounding (almost) mellow – until crazy drumbeats, aggressive guitars and wailing sax came in. Laughing in the face of boredom, Sheep Got Waxed soldier on – there are talks of another trip to China, and, maybe, Japan.

As quite a few music journalists have already noticed, it’s best that you see this band live. It’s truly rare to see a band attacking their instruments with such intensity, yet never missing a note. It’s almost if you’re dealing with jazz professors who decided to be rock hooligans.

Whether playing at a jazz festival or in a sweaty rock club, Sheep Got Waxed deliver. And, actually, what about that name? There are two explanations. One, frankly nonsensical and made up by the band, is that it’s an accurate description of their sound – it’s how a sheep would wail while being waxed. The real story goes like this – it’s an abbreviation of band members’ surnames. Saxophone player Simonas Šipavičius has a surname that is pronounced a bit like „sheep“ (at least the first part of it does). Guitarist Paulius Vaškas’ surname actually means „wax“ in Lithuanian. And drummer Adas Gecevičius, erm, is „got“. Or whatever.

Intense, inventive punk jazz with a touch of humour.

Playlists
Play! Vilnius Calling
When you browse on this site, cookies and other technologies collect data to enhance your experience and personalize the content and advertising you see. Visit our Privacy Policy (updated 5/25/18) and Consent Tool to learn more, and make choices about the data used by us and our partners on the site. By clicking "Accept" or by continuing to use the site, you agree to this use of cookies and data.
En savoir plus ou s'opposer