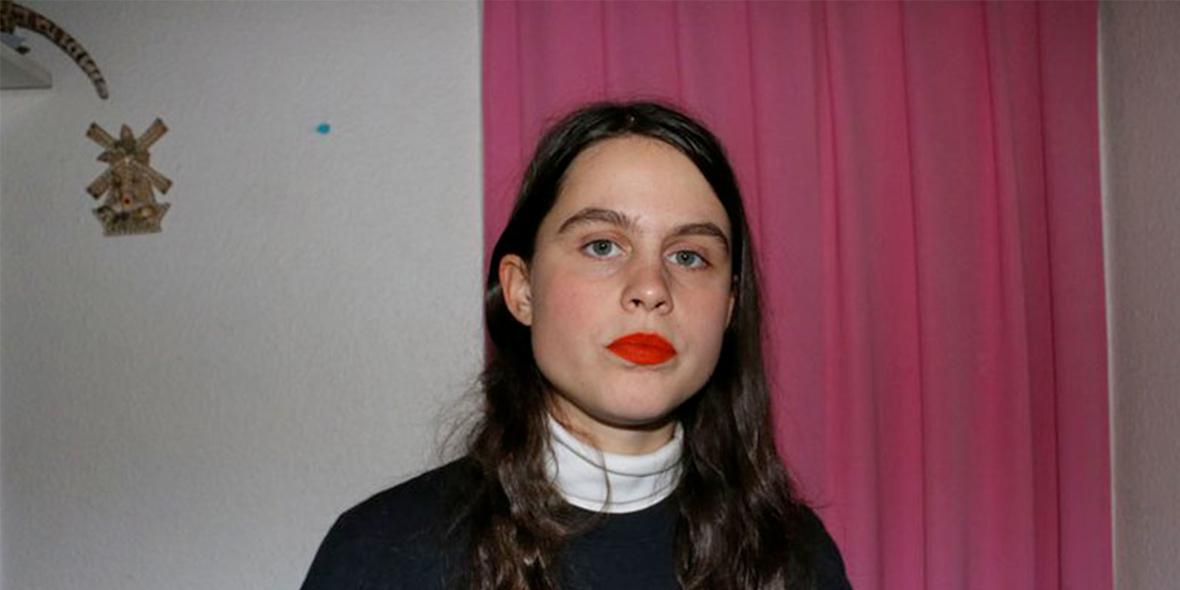 Dirty and delectable DIY rock with an attitude.

You can get a pretty good grasp of Shitkid’s vibe just from looking at the artwork of her forthcoming debut album. Retro to the point of parody, it looks like it was cribbed from the early 1950’s; even her Midwestern “farmer girl” outfit is on point. Hit play and the time travel continues; her murky, lo-fi experiments are part garage band, part vintage rock, with a dash of Girl Group melodies buried under lashings of fuzz and an approach that’s about as stripped back and raw as it’s possible to be. But she doesn’t just mine the past; there’s slacker punk and nihilistic art-pop too, all swirled into a giant psycho-candy whole.

Having recorded her early EPs on a broken laptop while learning GarageBand, the aesthetic Gothenburg native Åsa Söderqvist stumbled upon suits her well; solitary guitar lines snake around back-to-basics drumming and a vocal that was seemingly recorded inside a tin can. It is, contrary to how that might look on paper, endearing and seductive in equal measure; rarely has a debut sounded so much fun. “Yeah, I’m on my way / On my way to hell” she sings on live favourite ‘Sugar Town’, setting the tone for songs about sex, relationships, getting drunk, and her two-month stint living in Southeast Asia.

Rebellious and fearless, her ramshackle charm has already won a legion of acclaim, and quite right too. An artist devoted to following her instinct and letting her ideas just tumble out is a thrilling thing; joining her on her journey is sure to be a hell of a ride.

Dirty and delectable DIY rock with an attitude.