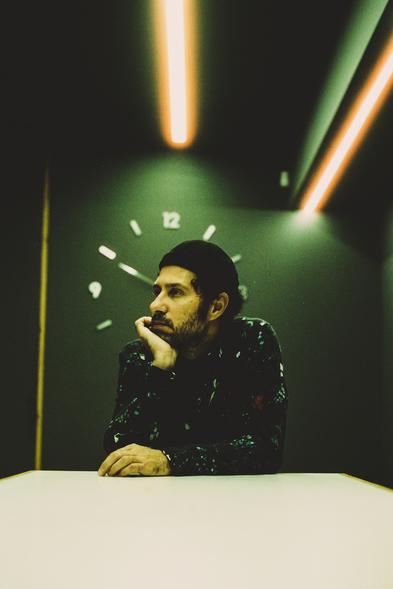 Sillyboy is somewhere in the orbit between Fleetwood Mac and Giorgio Moroder. To appreciate his music, you have to be a little tolerant of disco-pop era sensibilities — it has, simultaneously, a retro and futuristic feel to it. Since 2010, when he released his debut album, Sillyboy has never shied away from “uncool” influences or sentimentality, if anything they are always on full display. Take for example “Late Night Shame”, which bears a resemblance to Daft Punk’s and Giorgio Moroder’s hooks moving from easygoing beats to a chill-inducing synth line; not to mention the Simple Minds-esque “Thin Air” or “Stalker”, which could easily be based upon an original Alan Parsons/Steely Dan melody.

His music is déjà entendu and, above all, genuinely and amusingly pop: often exciting in its energy-drink kind of way and, at other times, laid-back and sweetly kissed by the summer sun, even when he’s experimenting with a more guitar-driven direction like in Nature Of Things (2012). All these aspects blend seamlessly with electronic beats to produce a sound that is simultaneously nostalgic and progressive, something hopefully he will repeat in his upcoming album, set for release in early 2018.

Sillyboy’s quality comes from embracing retro sounds while also understanding the humour and playfulness in them, keeping all these ideas in mind at the same time. So it comes as no surprise that his brand new project, Sillyboy’s Ghost Relatives, is following the same retro path. The project consists of Grigoris Magos, Thodoris Kontakos (also known as Mr.K), as well as Manolis Giannikios (drums) and Alekos Voulgarakis (guitars) from the psychedelic-prog band Whereswilder. Sillyboy’s Ghost Relatives first single “Come Closer” is available since February 2018 via Just Gazing Records.

Instantly addictive, easygoing and carefully produced, the single finds the Athenian producer trying to craft influences of 90s lush soul-pop (similar to PM Dawn’s “Set Adrift on Memory Bliss” and Lenny Kravitz’s “It Ain’t Over Till It’s Over”) and his penchant for the swirling sound of 70s Philly soul, making a sweet and seductive new step in the Greek alternative scene.

Sillyboy’s Ghost Relatives released their debut album, In A Small Place, on September 2019, through the alternative UK label Claremont 56. The fact that they have that perfect knack of capturing the soft rock (“Lean to Forget”) and jazzy sounds (“Muscle Cars”) with pop folk nuances of the 60s and 70s while updating their atmosphere to that of the 21st century is remarkable. It’s certainly a colourful vibing organic album, ode to the richness of music.