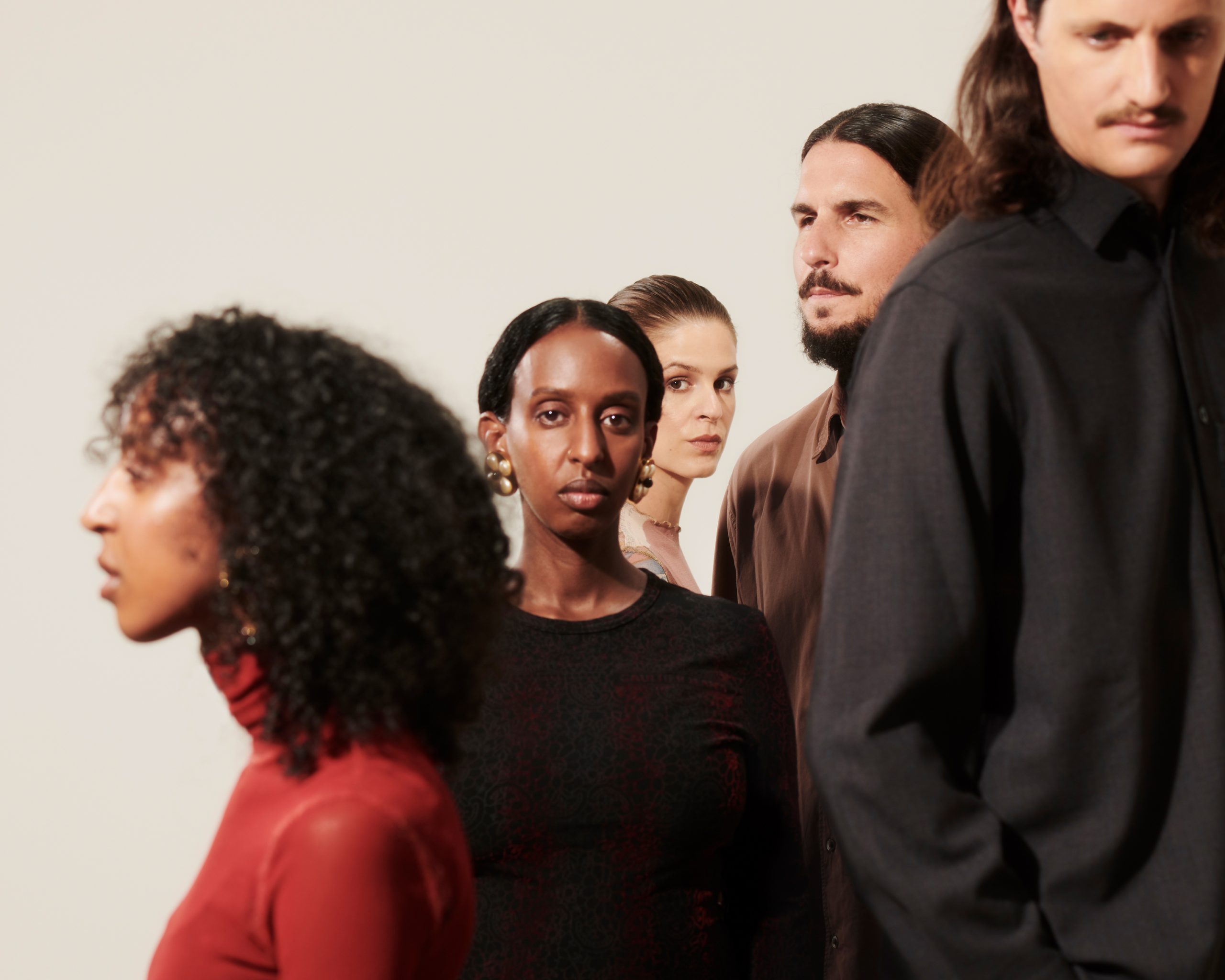 " A multicultural Swiss collective with a retro-futuristic sound "

SOL is not only the title of their debut album, released in November 2020, but also an abbreviation of the band’s name, Sirens of Lesbos. These three letters have another important meaning: they form the Spanish word for ‘sun’. It all makes sense when you listen to their music, which lets the sunshine in. In fact, even their first exploit is evocative of sunny beaches. When the five members of Sirens of Lesbos started their career in the 2010s, they set out to write an Ibiza club hit.

What was meant to be a self-imposed challenge just for fun actually became a worldwide success, with the song ‘Long Days, Hot Nights’. The five-piece didn’t want to pursue this path, though, and decided to start over, focusing this time on the music genres which more accurately reflected the breadth of their influences – soul, disco, jazz, rock, hip-hop… One word sums it up: worldbeat.

Their songs show the astonishing diversity of their musical tastes. This singularity can be explained by their multicultural backgrounds. The five members were born in Switzerland and are all based in Bern, but they have strong roots abroad (Sudan, Eritrea, England, the Czech Republic…). The band was created by Melvyn Buss and Arci Friede, co-producers and musicians who started collaborating in the mid-2000s. They were joined by vocalist sisters Jasmina and Nabyla Serag, then art director Denise Häberli. Their first album features temporary collaborators, too, such as Atlanta rapper J.I.D. and London-based singer Theodor Black. This joyful, engaging family welcomes you with open arms.